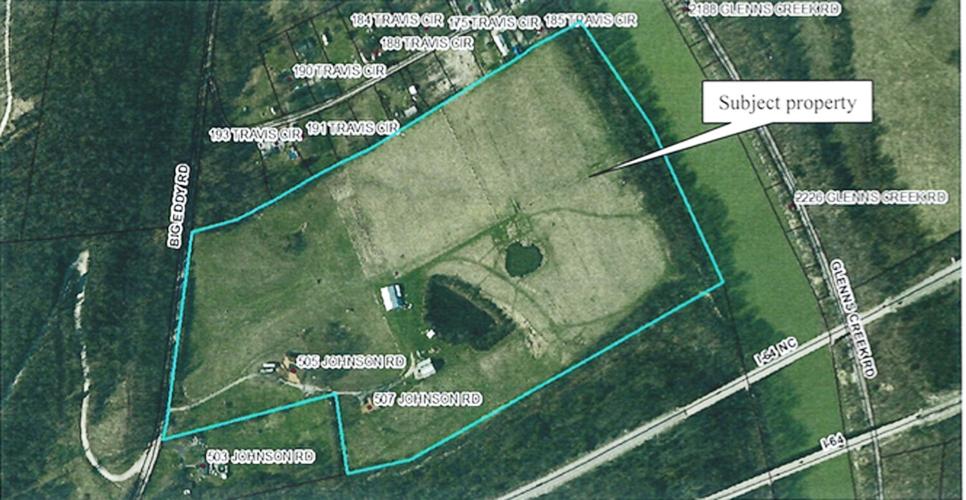 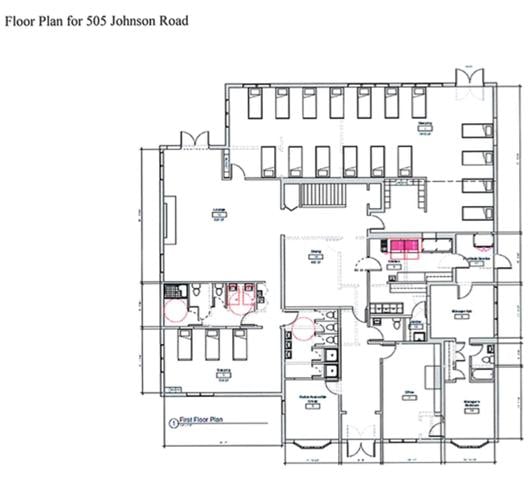 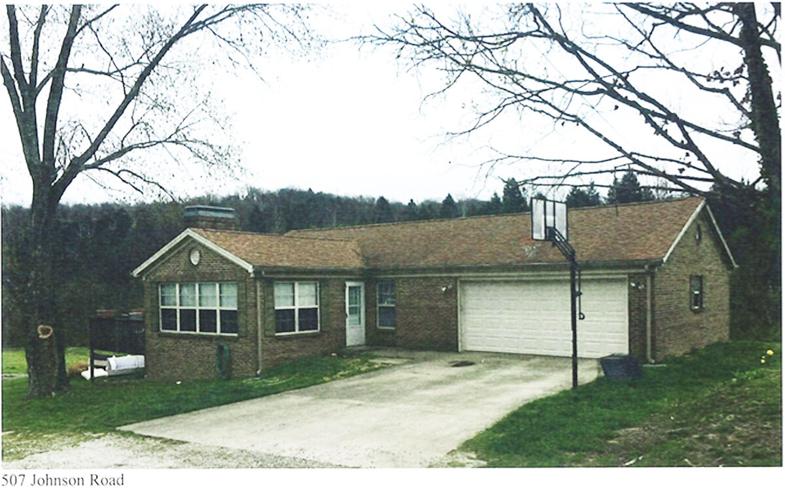 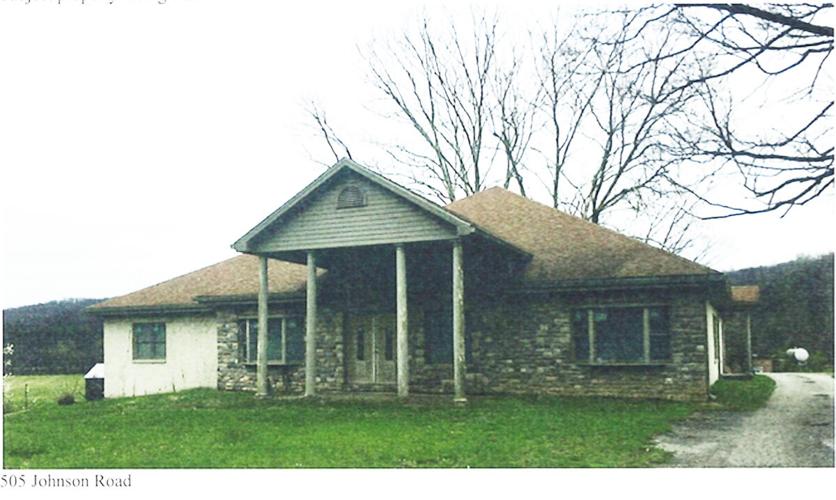 After tabling the vote for a conditional use permit for a residential recovery facility on Johnson Road at its last meeting, the Frankfort/Franklin County Board of Zoning Adjustments unanimously OK’d the permit Tuesday — with conditions.

“We’re going to basically have discussion about this item,” Mitch Buchanan, who was elected as board vice chair at the start of the meeting, explained to those in attendance. “(There won’t be any) more new testimony although we may ask for clarification on some things and then we’re going to have a vote.”

Approximately a year ago, the applicants, Dr. Mark and Melissa Deaton, began discussions with the planning department about locating Not Forgotten Recovery LLC in a rural area of Franklin County.

According to their attorney, Joshua Harp, the couple soon learned that there was nowhere in the county to establish such a facility because the zoning ordinance did not include such a place.

“There was simply not a definition. There was not a conditional use. There was not a permitted use,” Harp, of Baughman Harp PLLC, explained at the April 12 board of zoning adjustments meeting. “In other words, residential recovery facilities were not allowed anywhere in Franklin County.”

So the Deatons took several steps — including seeking approval from the zoning update committee, planning commission and fiscal court — to have the zoning ordinance amended in order to operate their recovery facility at 505 and 507 Johnson Road.

The amendment that was ultimately adopted by the fiscal court put a minimum size requirement in rural residential and agricultural zones of five acres for facilities that would be 16 or fewer beds or client space and ultimately required a minimum of 10 acres if a facility would have more than 16 beds available. The property where Not Forgotten Recovery wants to locate is 35 acres.

Mark Deaton told the board of zoning adjustments during its April public hearing that the recovery center will accommodate men only and is a 30- to 90-day program, which focuses on behavioral change. The residential facility will enable the patients to be monitored 24 hours a day and allow for case management services to equip the clients with resources — such as transportation, food, clothing and, hopefully, employment in the community.

Ben Judah, Franklin County planning supervisor, who listed only positive findings of fact in his report, recommended the approval of the conditional use permit.

However, dozens of neighbors and community members packed City Hall at last month’s meeting and nine voiced their opposition of the project. Some were concerned about whether the buildings and infrastructure could handle an increase in capacity and traffic. Others worried about flooding and draining issues.

But the majority of those who spoke raised concerns about the security of the facility and the possibility of clients walking off.

Jim Charlton, who also lives on Johnson Road, urged the board to look further into the proposal.

“I ask you all, if this was a quarter mile from your home, would you be concerned?” he inquired. “I have nothing against helping people. I think the location is terrible.”

Following testimony from Judah, the Deatons, their attorney and members of the community, the board decided to table the vote on the issue so staff could gather additional information from the Franklin County Health Department regarding occupancy and the fire department about whether a fire hydrant would be required at the facility.

On Tuesday, Judah told the board that the updated staff report they received included the two site evaluations performed by the health department, which shows the occupancy loads that each building would support.

He also mentioned that previously the fire department was requesting a fire hydrant, but had since determined that sprinkler systems installed in the buildings would be sufficient.

Buchanan noted that at the last meeting he was “pretty vocal” about whether the location of the residential treatment facility was an appropriate place for it to be. He acknowledged that the board has extensively gone through the paperwork and heard testimony from all the parties involved.

“We still have all positive findings of fact for this item. The applicant has met all these requirements that fiscal court put in place,” he stated.

“If I could figure out a way to overturn one of those I would. But I have not been able to. Whether we like this idea or not, as the applicant said, this is not so much about your personal opinions. It’s about the facts presented to us.”

In order to address the concerns posed by many residents, Buchanan offered a condition to the permit that would require the Deatons, as applicants, to gather data that would show the number of interactions the facility has with police, the fire department, ambulance and any other health and safety authority in the first six months of operation. That data would then be shared with the planning department so it could present the information to the fiscal court.

“Then the fiscal court can make any determination if there are any changes needed, if there are problems or if a revocation of this conditional use is required because they are the authority,” he explained, adding the condition would act as a safety valve. “They have designed this use that’s been allowed. If problems develop it gives the fiscal court the ability to look at it and do something about it or revoke the conditional use.”

He pointed out that the condition could include the number of walkoffs from the facility, the number of times law enforcement and EMS is called and why they were called.

Buchanan pointed out if the data shows that aren’t the problems that neighbors are concerned about great. On the other hand, if issues do arise the data will indicate that.

“This is a way for the neighborhood in that proximity to this applicant to go to fiscal court and say ‘hey, this is a problem we need you all who helped create this — and there is a need in the community for this — we want you all to fix this.’ You created this use. We’re living with the consequences,” he remarked.

Board member Johnny Keene agreed saying that the data will determine if the concerns of neighbors are unsubstantiated or substantiated.

White, who was elected as board chair, and board members Barry Holder and Margaret Townsley also concurred.

“At least it raises the level of accountability in that we are doing what we can do. It’s unfortunate we don’t have more control over the situation,” Holder added.

The board voted to approve the conditional use permit for Not Forgotten Recovery at 505 and 507 Johnson Road based upon the positive findings of fact in the staff report with the following conditions:

• It is not transferable and any change in ownership of the facility of use will make approval null and void.

• Any signage meets the requirements of article 11 (sign regulations) and article 15 (conditional uses) unless otherwise authorized by various procedures.

• Not Forgotten Recovery LLC receives all of the necessary regulatory approvals from other state, local and federal agencies for the legal operation of the facility or the conditional use shall be null and void.

• The maximum occupancy shall be determined by both the health department and the building officials.

• The fire department inspection shall occur prior to the use commencing.

• Health department approval is required prior to the use commencing.

• A building official from the Kentucky Department of Housing, Building and Construction shall approve the structure for use as a residential recovery facility.

• The applicant shall construct a turnaround for fire apparatus.

• The applicant is required to gather data concerning the interaction of this facility with police, fire department, ambulance or any other health and safety authority for six months after the facility opens. At the end of that six-month period, the applicant shall share this data with the Franklin County Planning Department. Any member of the public can also present any legitament data concerning interaction with these agencies to the county planning department at that time. The planning department will present this gathered data to the Franklin County Fiscal Court so that it can consider this information at a future fiscal court meeting. The fiscal court can then make any determination as to changes in the regulations or a revocation of this conditional use.

“If there’s accountability for six months without incident, it may provide reassurance that this is a great operation too,” Townsley noted.

Send the bill to Buffalo Trace and the other industries that promote substance abuse.

FCS board member Henson decides not to run for re-election

A proposal before the city commission would limit the number of free Cleanup Weeks from six per year to two. Should city leaders approve the proposal?

Thank you. Your account has been registered. Check your email for details.

Submitting this form below will send a message to your email with a link to change your password.

An email message containing instructions on how to reset your password has been sent to the e-mail address listed on your account.

Thank you. Your purchase was successful.

A receipt was sent to your email.