The City of Frankfort might be reinstating its decades-long business relationship with local insurance agency Chenault and Hoge.

In October, the city named Lexington-based Roeding Insurance as its new broker after using Chenault and Hoge for 54 years. The decision was made by city staff, but city commission can vote to change that decision.

After Chenault and Hoge Agent and Partner Susan Coblin spoke at the Frankfort City Commission meeting on Oct. 14, commissioners asked for a 90-day review examining the differences between the two companies.

On Monday, that 90-day review period is up and commissioners are expected to discuss the policies and possibly make a decision as to whether the city should hire Chenault and Hoge again.

City Manager Keith Parker told The State Journal in November that Roeding had negotiated $15,000 to $25,000 in annual savings for the city.

On Friday, Coblin said she believes Roeding hasn’t done anything for the city that Chenault and Hoge can’t do.

She hopes the commission votes to switch back to using Chenault and Hoge to keep the business local.

Coblin said Chenault and Hoge has been talking back and forth with city commissioners to show it can provide a policy to meet the city’s requirements.

Under the consent agenda at Monday's meeting, the city commission will consider authorizing staff to apply for a 2020 National Endowment of the Arts ArtWorks grant for $100,000. The grant requires a 1/1 match, so the city could be responsible for $50,000; however, $7,000 of the match is covered by donations.

The grant would be used for the implementation of sculptures and murals downtown.

Under action items, the commission will consider amending the salaries for the mayor and commissioners to match cost-of-living increase suggestions as calculated by the Kentucky Department for Local Government. 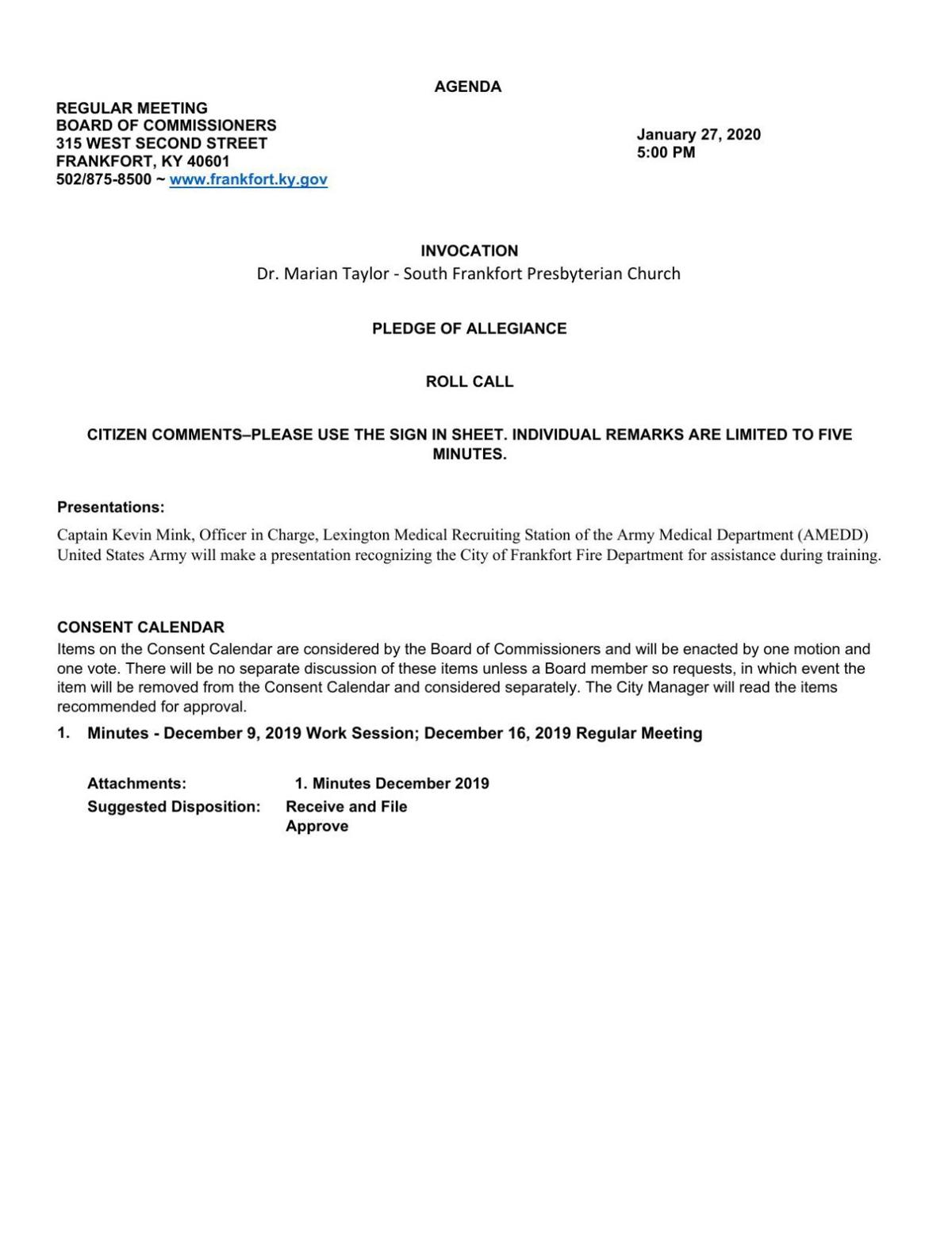 City commissioners currently make $17,263 a year and the mayor makes $22,657. At the Jan. 13 work session, commissioners said that they did not see a need for a salary increase.

The application to add more of Fort Hill and Leslie Morris Park to the National Register of Historic Places will also be discussed.