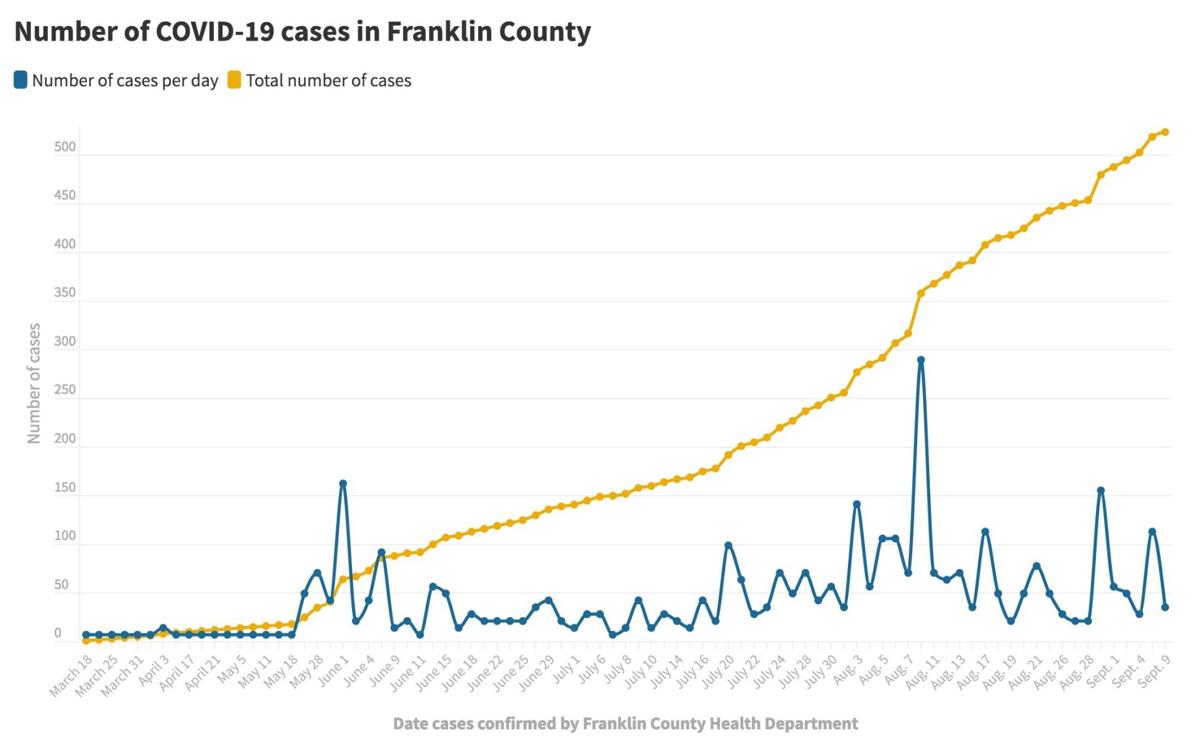 The number of confirmed COVID-19 cases in Franklin County rose by five Wednesday.

The new cases, reported by the Franklin County Health Department, bring the county's total to 524 since the pandemic began in March.

Local deaths attributed to the virus remain at 14; 439 people who tested positive for the virus have recovered.

Beshear has directed that flags at all state office buildings be lowered to half-staff for one week as a tribute to those who have passed away because of virus.

“I am ordering that flags at all state office buildings be lowered to half-staff for one week beginning tomorrow,” he said. “Families across Kentucky are hurting as a result of the tragic losses brought by this pandemic. We are lighting our homes and businesses green and ringing our bells daily for these victims, but this is one more way we can show our support for these members of our community as they mourn their loved ones.”

Flags at state office buildings should be lowered to half-staff beginning at sunrise on Thursday and remain there until sunset on Wednesday, Sept. 16.

There were 667 new confirmed cases announced Wednesday by Beshear for a statewide total of 53,977 since the pandemic began.

There are currently 558 Kentuckians hospitalized, with 153 in ICU and 76 on ventilators.

FIS to reopen Sept. 28 with small groups for in-person instruction