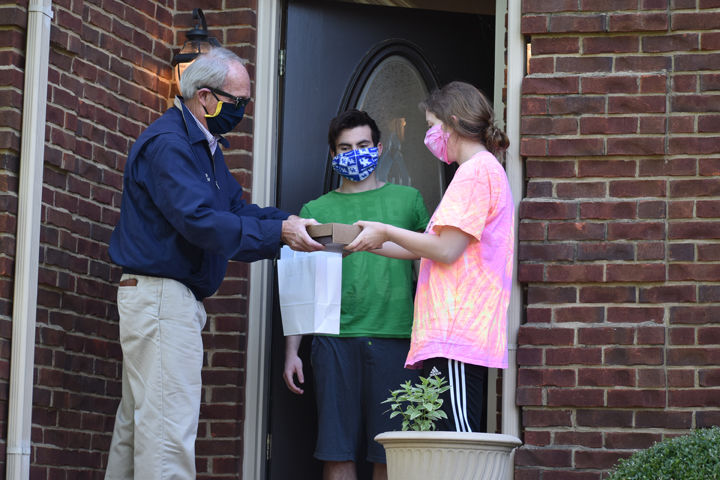 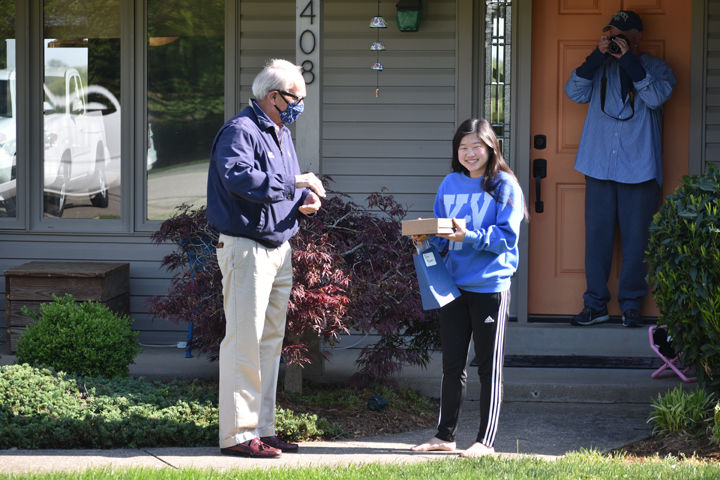 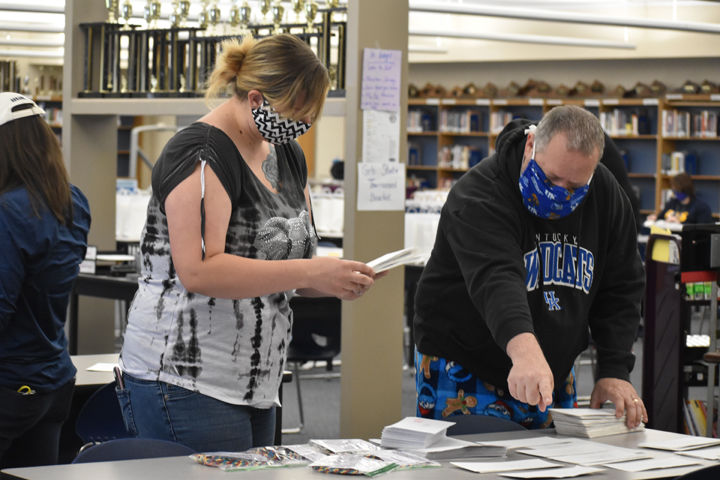 “I thought it was going to be a parade with the teachers,” FCHS senior Taryn Ritchie said.

Taryn and her twin brother, Camden, were both surprised when teacher and senior class sponsor Terry Johnson appeared at their door with breakfast.

The senior breakfast is a tradition at FCHS, but with schools closed because of the coronavirus pandemic, it looked as if the breakfast wouldn’t happen this year.

The tradition had a new twist this year as 20 volunteers, consisting of teachers and support staff, delivered breakfast and a goody bag to the homes of all 200 FCHS seniors Tuesday.

“It’s something the kids definitely look forward to,” said English teacher Londa Tester, who has been in charge of the breakfast for several years. “The parents and community come together and drop off food, and the kids go through a line and fill up on good food.

“We were planning on April 28, and we were holding out hope that it would work out.”

It didn’t, but the breakfast wasn’t abandoned.

“I was walking my dog, and it came to me that we could still do this,” Tester said. “I talked with Jennie Nelson, our youth services director, and she said we could.

“We had a great group that came up with the plan. Brenda Graves and Nathan Simpson, our IT guy, mapped out the routes.”

Part of the senior breakfast, in previous years, has been students wearing clothes from the college they plan to attend.

This year it was more likely seniors were wearing sleepwear when breakfast was delivered, but another tradition continued.

“One of the big things are the letters we wrote to ourselves our freshman year,” Taryn said, “and we got those today.”

The Ritchies said their letters’ expectations were different from the way things have turned out.

“I said I wanted to be a radiologist, and that’s not what I’m doing,” said Taryn, who plans to go into occupational therapy.

“I used to ride my bike a lot,” Camden said. “Now I drive. I talked about people who were my best friends, and I don’t talk to them that much anymore.”

Also in the goody bag were printouts of each student’s senior spotlight that appears on the school’s website and includes comments from friends and family.

Camden is co-president of the senior class, and Taryn is co-secretary, and Tuesday afternoon Camden taped a speech for FCHS’ virtual graduation, which will be recorded Wednesday through Friday.

“It’s the end of 13 years,” he said. “It’s like I said in my speech. It’s not ending like we thought it would, but the last three years and seven months have been the best years of my life. I’m glad to have had that.”