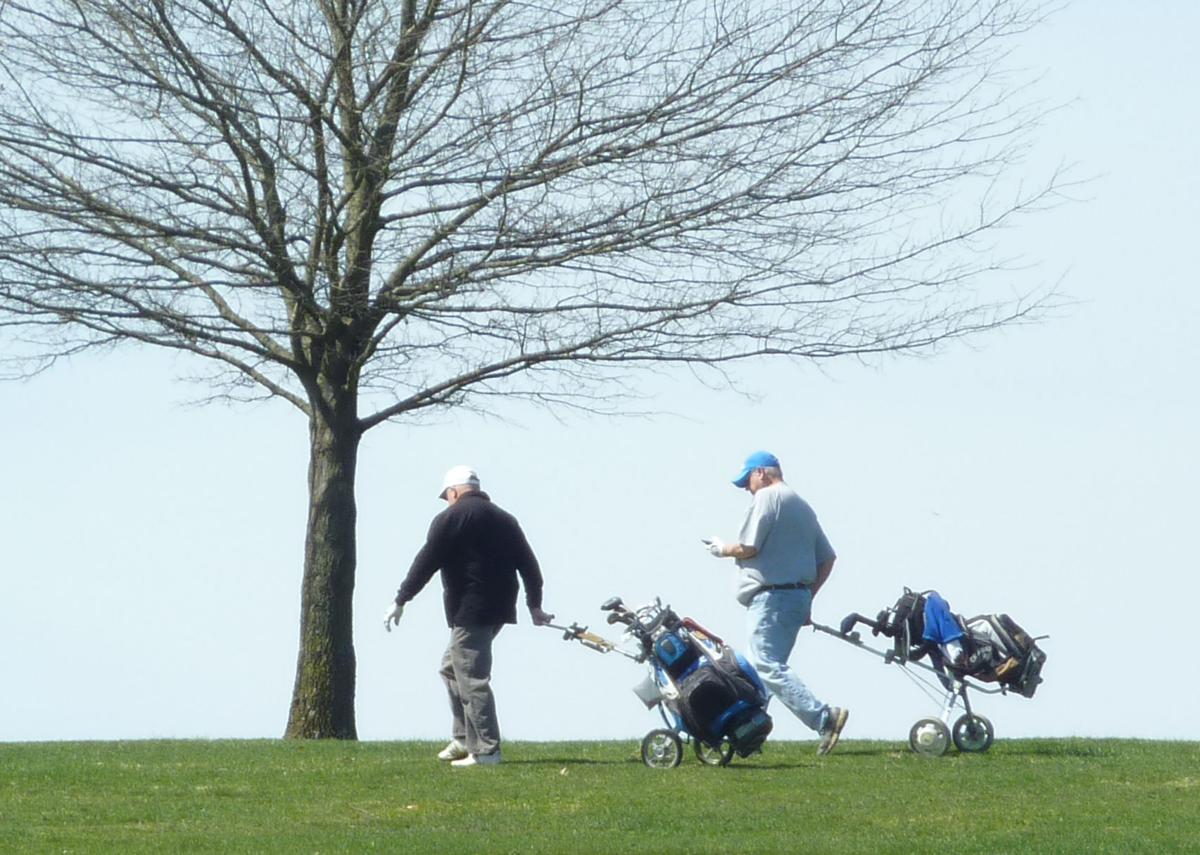 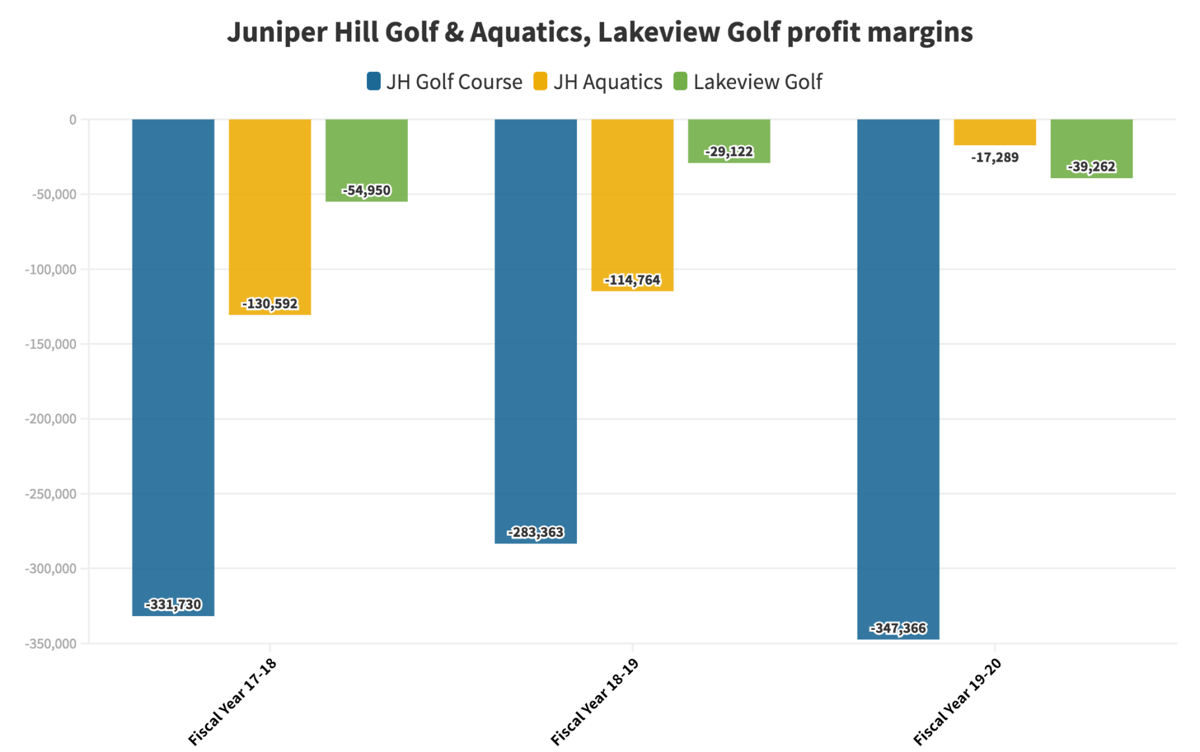 Juniper Hill Golf Course is a Frankfort staple. Built in 1957 by a municipal board, the golf course has been city-owned since its inception.

It hosts scrambles, the annual Governor’s Open, several hobbyists and amateurs —  it even serves as home base for three area high school golf teams.

That’s an average of about $321,000 during that period, though officials point out that COVID-19 disrupted business in 2020.

Those deficits are more severe than those of any of the 10 Jefferson County municipally owned golf courses in fiscal year 2019. Jefferson County’s average loss for that fiscal year was $138,709, though its courses have reported a recent uptick in business.

Frankfort parks officials and golf enthusiasts say that the benefits of having the course municipally owned outweigh the costs, and that it benefits quality of life and the local economy.

Environmentalists and government budget hawks alike have often called public golf courses a waste of space, a lost opportunity to bring in tax revenue and a hobby that favors the upper class.

The other local municipal course is owned by the county, and loses less money. Lakeview Springs, a nine-hole par 3 course with a driving range, has an average deficit of just over $40,000 per year.

Par for the course?

Since the Great Recession of 2008, golf participation has been on a slow decline.

In the two fiscal years before the pandemic, Juniper Hill Golf Course posted revenues of around $340,000, with expenses totaling about $627,000 and $670,000, according to numbers provided by the city.

Juniper Hill Golf Pro Kirk Schooley, a highly lauded 17-year veteran who was recognized with PGA’s Deacon Palmer Award in 2018, guessed that revenues peaked in the years during and just after the recession — $400,000 to $425,000.

The number of people in the United States who use a golf course saw a slight bump in 2020 after years of decline, reaching 24.8 million. That accounts for about 7.5% of the U.S. population.

About half of Juniper Hill’s golf expenses are payroll-related, which, according to the National Golf Foundation’s (NGF) Richard Singer, is a sign of a healthy course budget. Other high-cost line items in the budget are “agricultural” and “heat, light and power.”

Singer said that he couldn’t comment on Juniper Hill’s specific situation, but as NGF’s senior director of consulting services, noted that he’d seen a variety of municipal golf courses.

In Frankfort and the surrounding area, Juniper Hill is on the more affordable side but is not the cheapest course.

To play 18 holes and ride in a cart, Wild Turkey Trace in Lawrenceburg costs an identical $33.

Two courses in Shelbyville cost $45 and $28 for a round, the University of Kentucky Club on the Frankfort side of Lexington costs $46 and Longview Golf Course near the Scott County line costs $36.

Frankfort Country Club is members-only, and Duckers Lake Golf Resort closed in 2017. It’s still for sale at an asking price of $2 million.

“We try to keep things affordable for everybody to play,” he said. “It’s always a struggle year-to-year trying to find that happy balance, but I feel like we do the best we can.”

Schooley and Pickens touted Juniper Hill’s efforts during COVID-19 to remain open and free for players to walk, as well as several scrambles and charity events that the course hosts.

Schooley said that course events generate, on average, $200,000 to $250,000 in donations to charitable organizations.

He also guessed that around 24,000 to 25,000 people played at Juniper Hill Golf Course each year.

Former Parks Director Jim Parrish compared having a city-owned golf course to other services that the city provides for residents.

“We ran a bit of a deficit, but the city as a whole is a service to the community,” Parrish said. "It's no different than snow removal or trash pickup or things like that, and recreation has become a quality-of-life leisure service. Maybe it is at a deficit, but do you want a golf course? Do you want a swimming pool?”

Pickens, who has held his post for over two years, said that the golf course gives many citizens a sense of pride in their community, and agreed with Parrish that public amenities like the golf course aren’t necessarily meant to generate revenue.

The city operates nine parks, none of which aside from Juniper Hill create much revenue.

Schooley argued that the parks system’s quality, possible because of city funding, is appealing to both visitors and residents.

“The parks system here, everything just looks so alive and new and nice,” Schooley said. “It just has a nice, appealing look. I think if the city of Frankfort's name is on something, we're kind of responsible to maintain that image. We're always looking at cost and benefit of everything, but you want to have a place that people are proud of.”

One alternative to a city owning and operating its own golf course is to contract out the management of the course to another company.

Singer said that it could potentially lead to a fiscally leaner operation, but that there are real drawbacks.

“The disadvantage often is that you lose a little bit of control when you do that, that ultimately you're at the mercy of this new entity,” Singer said. “They can often make decisions about access, fees and programming.”

Ultimately, Singer said that many cities with municipal golf courses face a "grass is always greener on the other side" conundrum.

“You know, it's always going to be challenged economically,” Singer said. “It always seems like there's some other way they could do it that would be better, which is not always necessarily true.”

Singer pointed to another drastic alternative, which would open the property up for full taxation: selling the land.

It’s a solution that he said was less likely to work for municipalities like Frankfort than it is for larger cities like Dayton, Ohio.

In early 2020, Dayton opted to sell two of its three golf courses.

A study by the NGF found that only about 12.5% of the people who used those two courses were actual residents of Dayton and that significant reinvestment in the city’s golf courses, $7.5 million over five years, was optimal to rehabilitate the spaces.

City of Dayton Budget Director Diane Shannon told The State Journal that the three courses’ collective annual deficit, which ranged from $100,000 to above $400,000, would be one thing.

“What the National Golf foundation study showed us is that there were sizable, sizable investments that needed to be made in the golf courses, that would make those deficits much larger over time,” Shannon said. “So that's when it came down to a decision having to be made because we didn't have those capital funds to put in there.”

The golf course that was kept open was turning a profit at the time, Shannon said.

In advocating for municipal golf, Singer said that the deficits are real but are usually worth it in the grand scheme of city and county finances.

“If you put it up next to other recreational services in a community, I think you'll find that the municipal golf course brings a significant amount of cost recovery with it,” Singer said. “There is a subsidy often being provided to it, but it's a fraction of the total operating budget of a city.

Last year, the city of Frankfort had a $35 million budget. At its last regular meeting, the city commission approved a budget amendment of $66,495 to replace electric batteries and make general repairs on Juniper Hill’s 65 carts. 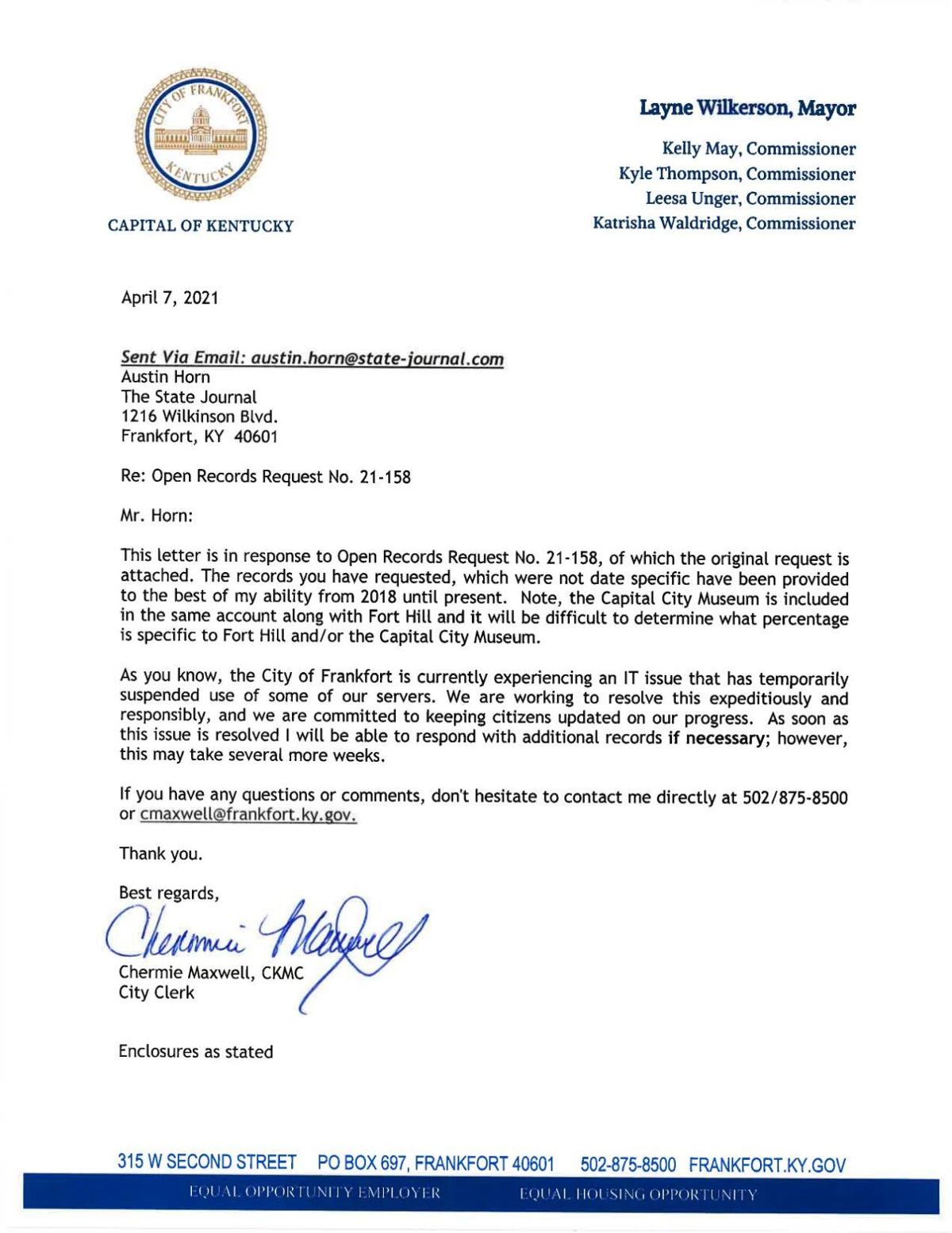 Close the course, redevelop the real estate and pay the 300,000 as a subsidy to the 60 old white republicans who golfed there. It's true to Frankort's time honored traditions.