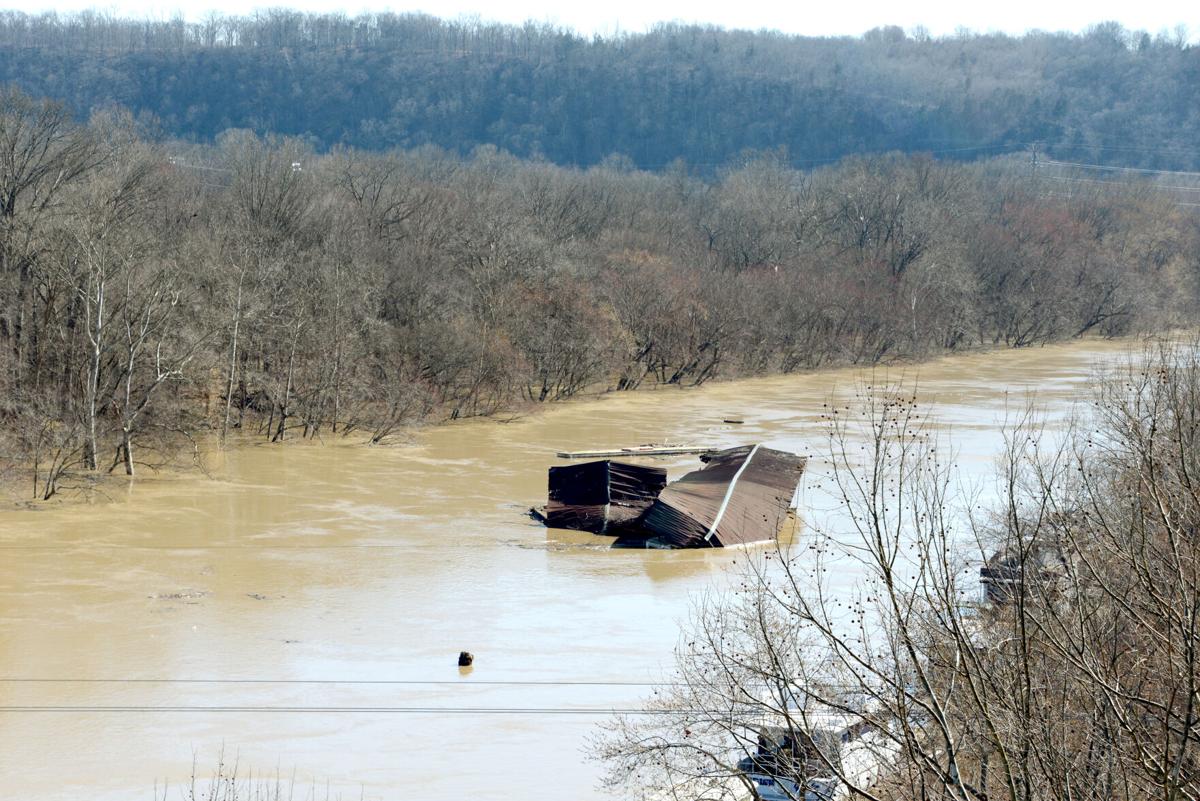 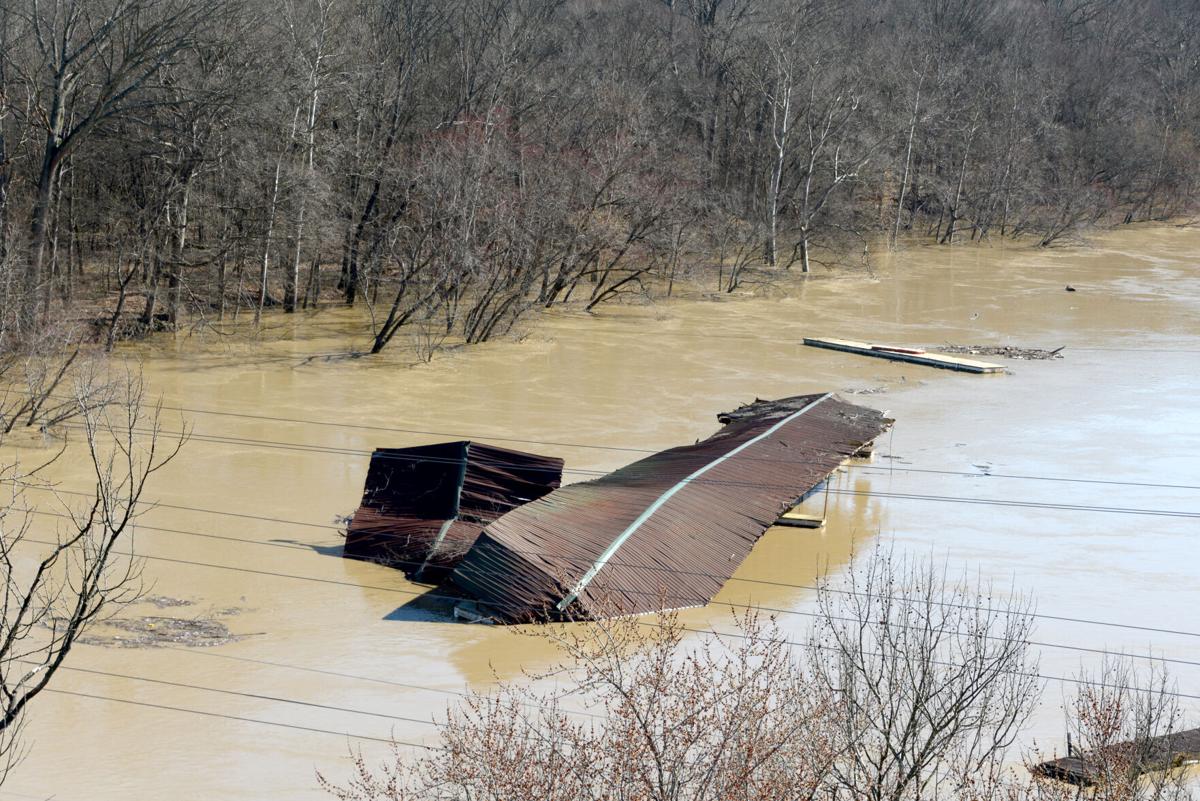 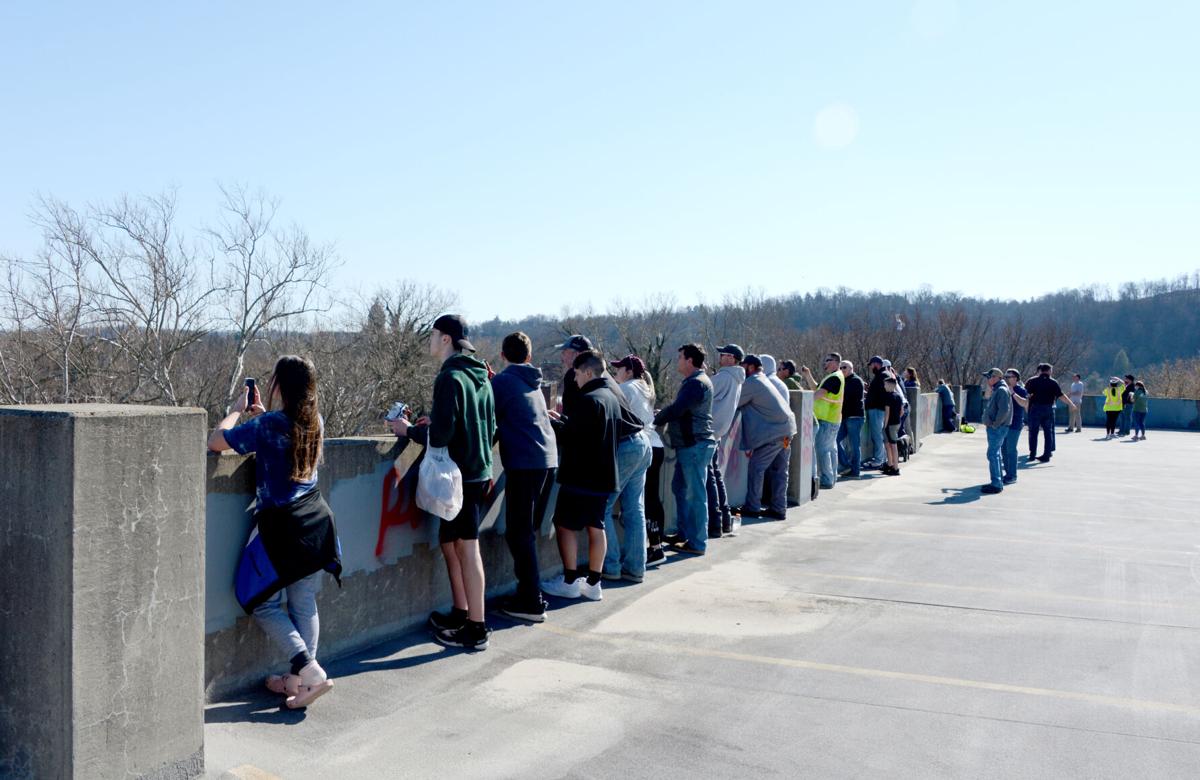 People watch from the top of a downtown parking garage as a 200-foot marina, believed to have broke loose from Herrington Lake, floats down the Kentucky River Wednesday afternoon. (Hannah Brown | State Journal) 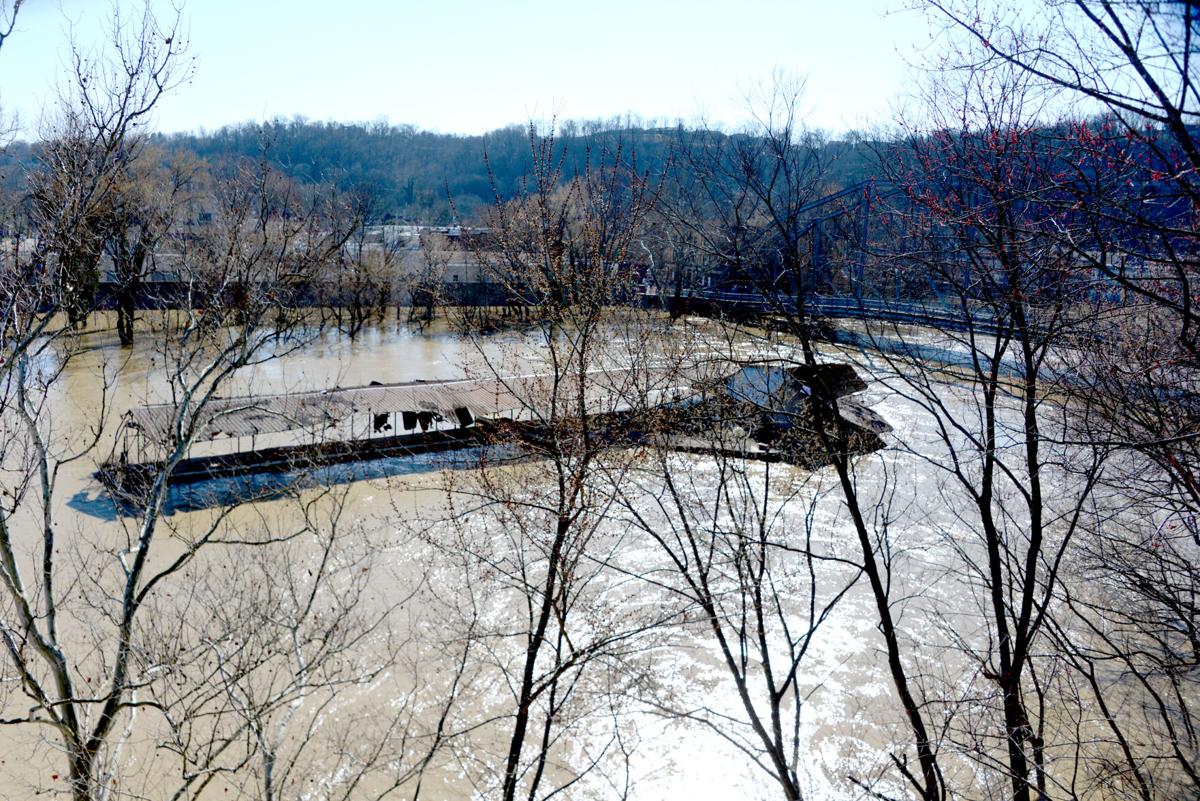 A 200-foot marina, believed to have broken loose from Herrington Lake, heads for the Singing Bridge while floating down the Kentucky River Wednesday afternoon. (Hannah Brown | State Journal)

People watch from the top of a downtown parking garage as a 200-foot marina, believed to have broke loose from Herrington Lake, floats down the Kentucky River Wednesday afternoon. (Hannah Brown | State Journal)

A 200-foot marina, believed to have broken loose from Herrington Lake, heads for the Singing Bridge while floating down the Kentucky River Wednesday afternoon. (Hannah Brown | State Journal)

Editor's note: This story was updated at 2:30 p.m. Wednesday and 7:47 a.m. Thursday to confirm that the marina broke apart in the Kentucky River and to add a comment from the Kentucky Transportation Cabinet.

Four Frankfort bridges have been temporarily closed to motorists due to a loose marina floating in the Kentucky River.

It is believed that the 200-foot marina originated in Herrington Lake, about an hour south of Frankfort. It is expected to pass through the capital city this afternoon. Kentucky Transportation Cabinet and Frankfort Police are in the area monitoring the situation.

"We don’t have a definite as to where the marina originated," KyTC District 5 spokesperson Stephanie Caros said. "Our central office thought it most likely broke loose from Herrington Lake but I don’t know more beyond that."

Frankfort Police reported at 2:30 p.m. that the marina broke apart behind the Department of Library and Archives and was headed toward the East-West Connector bridge.

Crews with Frankfort Plant Board increased the tension on the electric lines that cross the Kentucky River near the Singing Bridge in an effort to raise the lines for the marina to fit through that area.

"Crisis averted," said FPB spokesperson Cathey Lindsey after the marina cleared the Singing Bridge. "If our crews had not wenched up the lines today, the dock would have taken them out."

At 2:47 p.m. FPD cleared pedestrians from the bridges who were watching for the marina to flow through Frankfort. The marina passed the Capitol parking garage at 2:54 p.m. Fifteen minutes later it floated under the Singing Bridge and 10 minutes after cleared the twin bridges.

The marina scraped the bottom of both the Capital Avenue and Singing bridges. Before the Capital Avenue Bridge was reopened, transportation cabinet crews used a drone to inspect the structure. The Singing Bridge has been closed to vehicular traffic since a car accident in December.

A more in-depth inspection of both bridges will be done once water levels return to normal.

No way the structure could pass through Dix Dam gates. The only way it could happen to be from Herrington is to have gone over that dam, and it didn't`. That dam breaks and this town is in real trouble.

Don`t know where it originated, but lt wasn`t Herrington Lake.

Thanks for the info. Now the SJ has a piece where it possibly came from a place up stream on the river itself.

For the life of me I just don't understand how a marina that is "believed to" have originated in Herrington Lake got across Dix Dam without the dam giving way.

I heard that the dams emergency flood gates were opened and it passed thru them - I have no idea of the configuration of those gates .