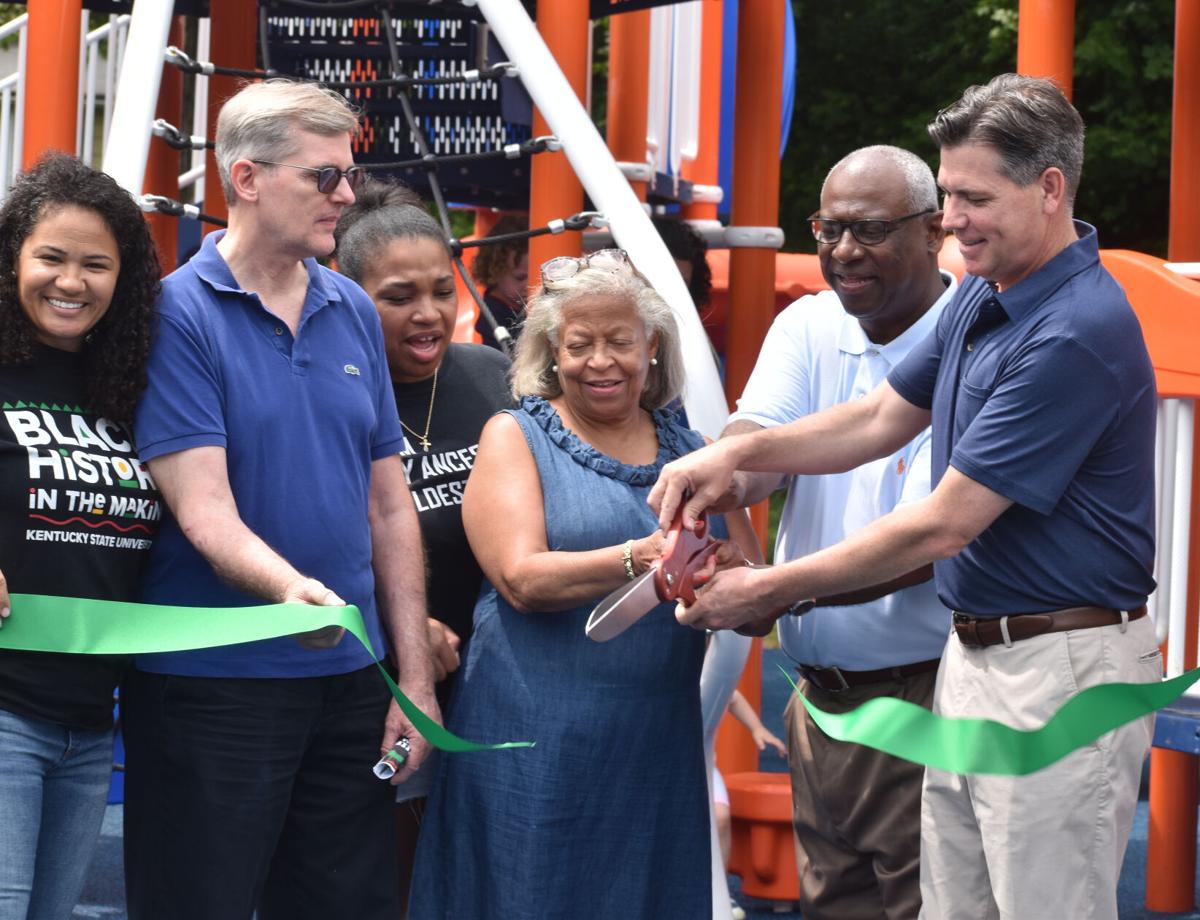 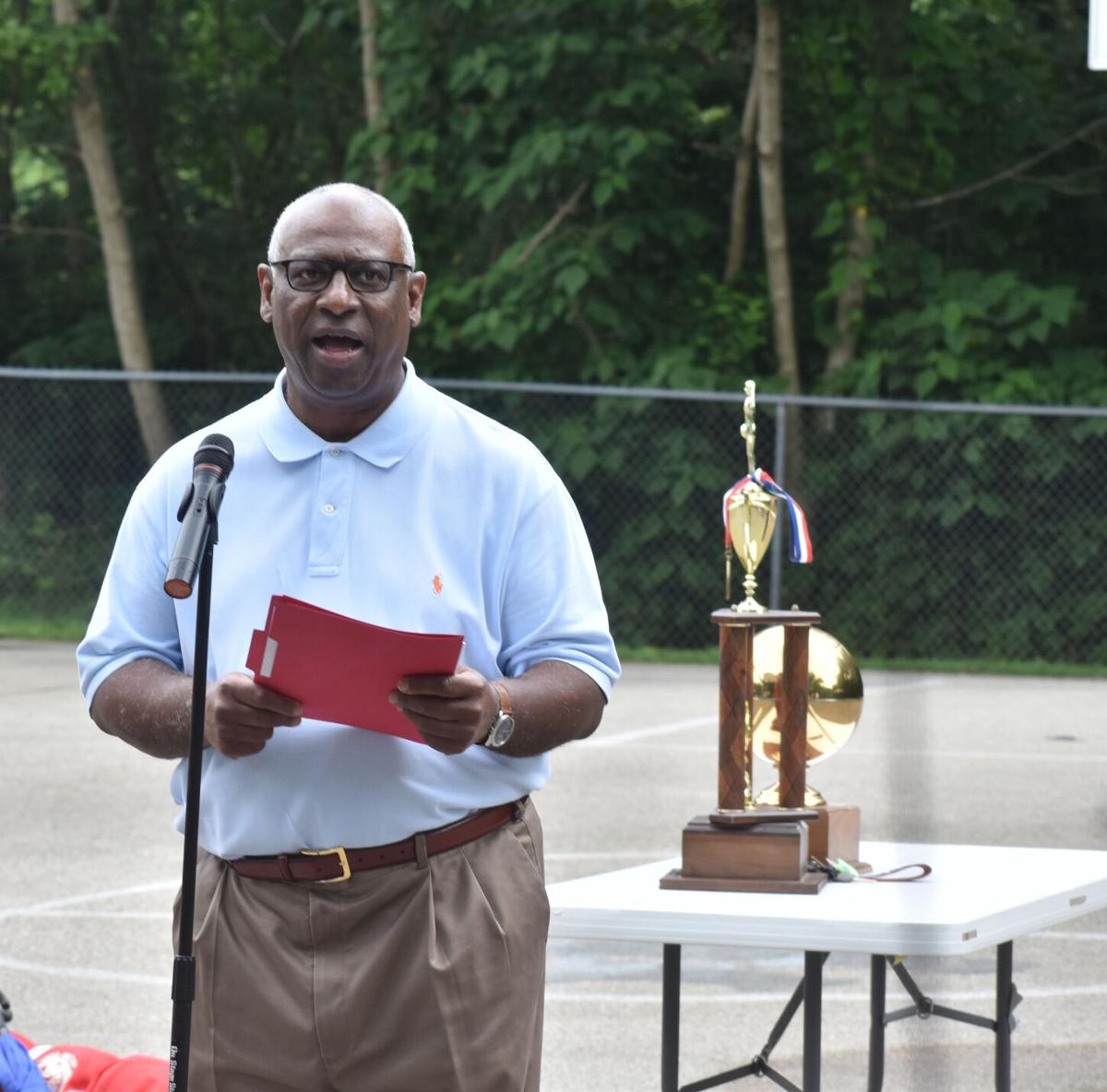 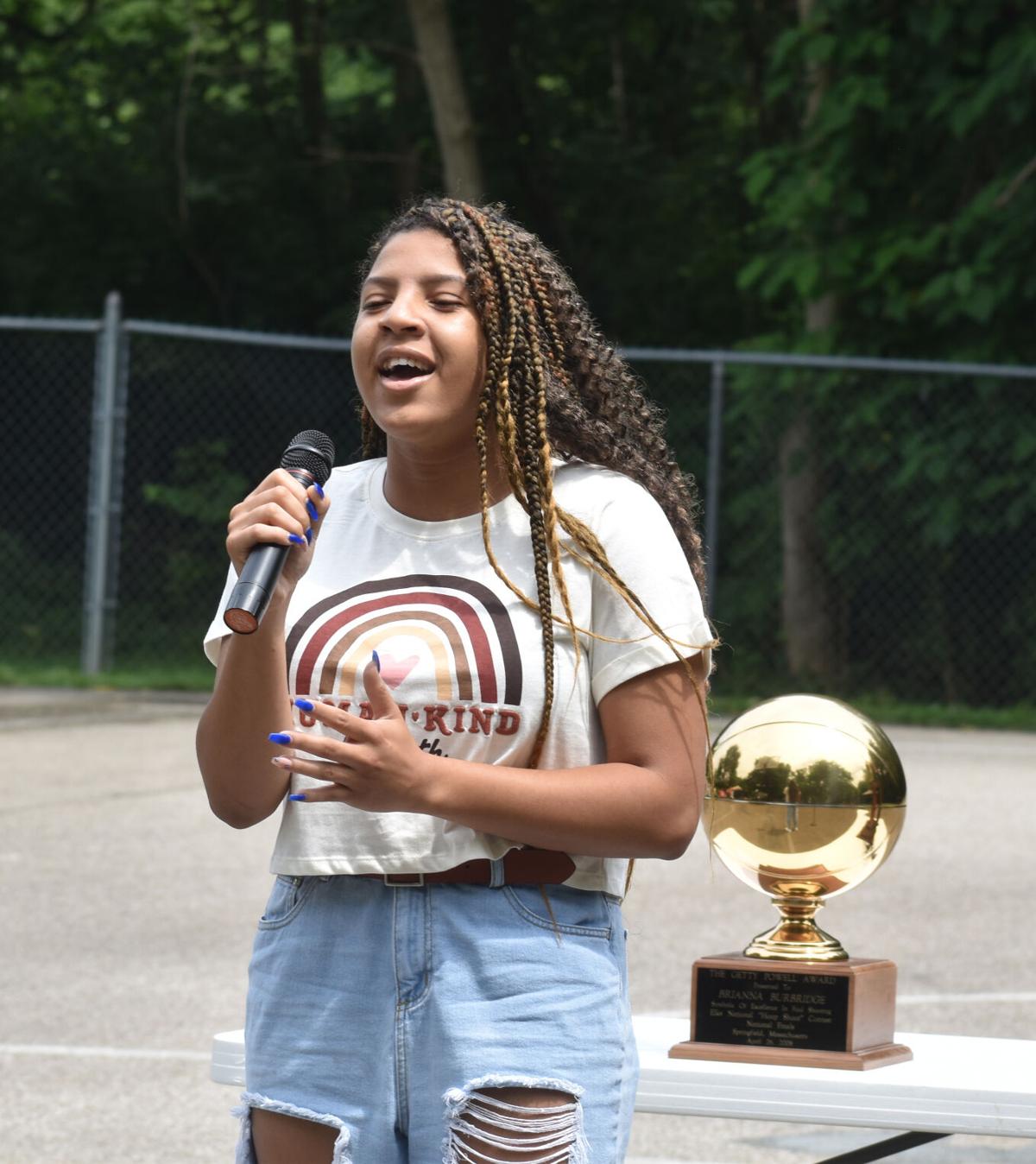 Zania Tutwiler, a 2019 graduate of Franklin County and a sophomore at Kentucky State, performs "Stand Up" from the movie "Harriet" during Saturday's Community Day sponsored by Elks Lodge No. 530. (Linda Younkin/State Journal) 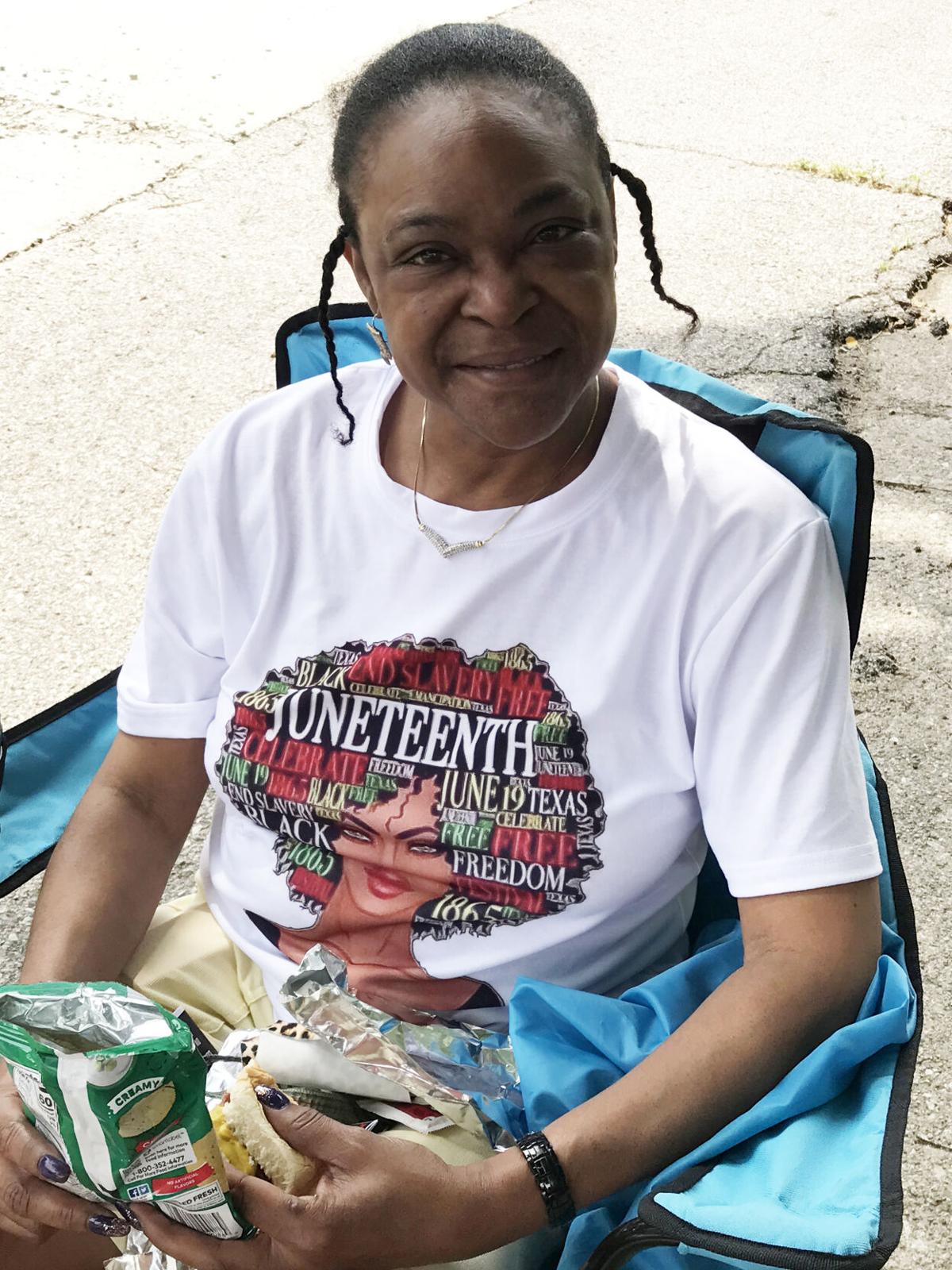 Zania Tutwiler, a 2019 graduate of Franklin County and a sophomore at Kentucky State, performs "Stand Up" from the movie "Harriet" during Saturday's Community Day sponsored by Elks Lodge No. 530. (Linda Younkin/State Journal)

There were plenty of reasons to celebrate Saturday in South Frankfort — the reopening of the Dolly Graham Park playground and renovated shelter, the Elks Lodge No. 530’s Community Day at Dolly Graham and Juneteenth.

“I love all of our community parks and green spaces, but I hope you all understand this is a place that is a little bit more special to my family and to me,” said state Rep. Derrick Graham, D-Frankfort, son of the late Dolly Graham, for whom the park is named.

“For 40 years now, the park has been a fixture in South Frankfort. When Steve Brooks was director of parks and recreation, he later recommended naming this park after my mother, Delores Graham, better known as Dolly Graham. Our family thanks the City of Frankfort for honoring Steve’s recommendation and giving our mother this wonderful recognition.”

Graham said his mother worked at the Parks and Recreation Department, where she oversaw all the playgrounds in the parks system. She was also a teacher.

New playground equipment has been installed at the park to replace equipment that was in disrepair. The reopening had tentatively been scheduled for Memorial Day weekend.

Mayor Layne Wilkerson told the crowd he had requested a separate line item in the city budget for Dolly Graham Park to see what was being spent at the park. More renovations are scheduled, including to the fencing and basketball court, as well as the addition of a splash pad.

Juneteenth, which became a federal holiday earlier this week, commemorates the end of slavery in the United States.

“Juneteenth to me means freedom in this country for everybody,” said Jamie Hawkins, one of several attendees wearing a Juneteenth T-shirt.

“I never did,” she said. “It’s very exciting, not only for those of color but for everybody.”

Zania Tutwiler, a 2019 graduate of Franklin County and a sophomore at Kentucky State, sang “Stand Up” from the movie “Harriet” during the ceremony.

“Basically Sonia Sanders (KSU’s director of public engagement) needed someone to sing for this program, and I’m the closest singer she could find,” she said.

Tutwiler was happy to be part of Saturday’s festivities.

“I love it,” she said. “Community members were upset because they were renovating on the west side, at Juniper Hill, and South Frankfort was being left behind. It felt like that.”

The Elks Lodge held its annual Flag Day ceremony and dedicated a new flagpole as part of its Community Day. The Elks also provided hot dogs, chips and drinks to those attending, and there was a Hoggy’s ice cream truck.

All of the food was free to those in attendance.

That was in line with Dolly Graham’s view of life.

“She always told my brother and sister and myself there are two kinds of people — those who give and those who take,” Derrick Graham said. “Always be an individual that is always willing to give to your community, to your family and to those in need.”

Good article, and what’s mentioned in this story about Steve Brooks is just a tiny part of what Steve Brooks has done for our community and State.