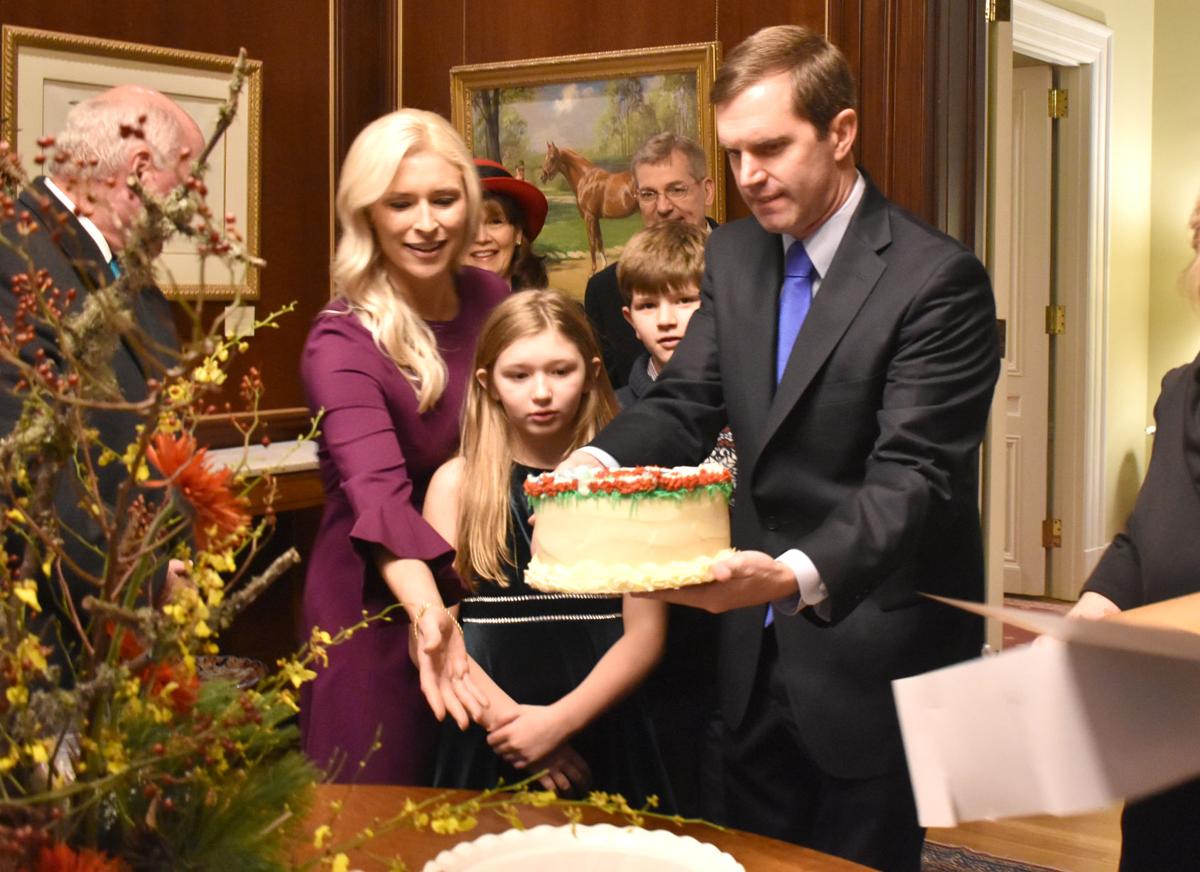 Gov. Andy Beshear,puts a cake brought to the Governor's Mansion by Frankfort and Franklin County leaders on a table in the dining room. First Lady Britiany helps while their daughter Lila and son Will try to see the cake. (Photo by McKenna Horsley) 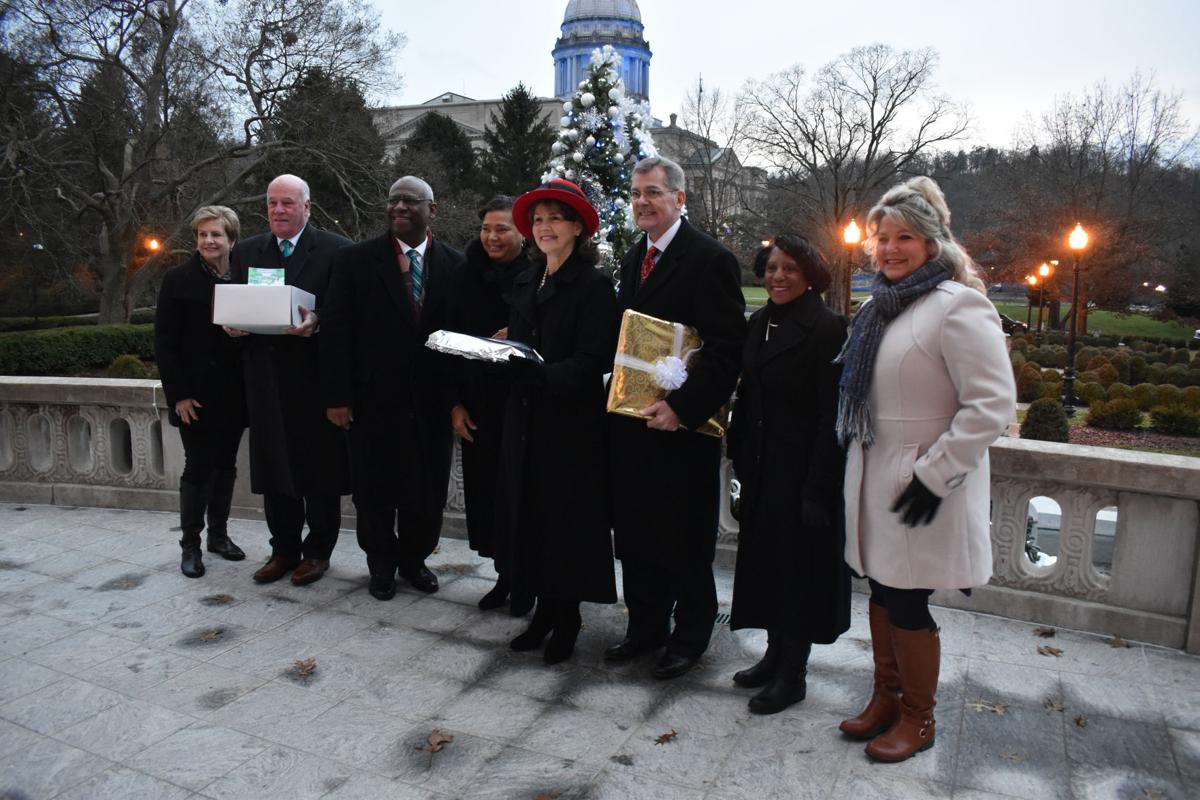 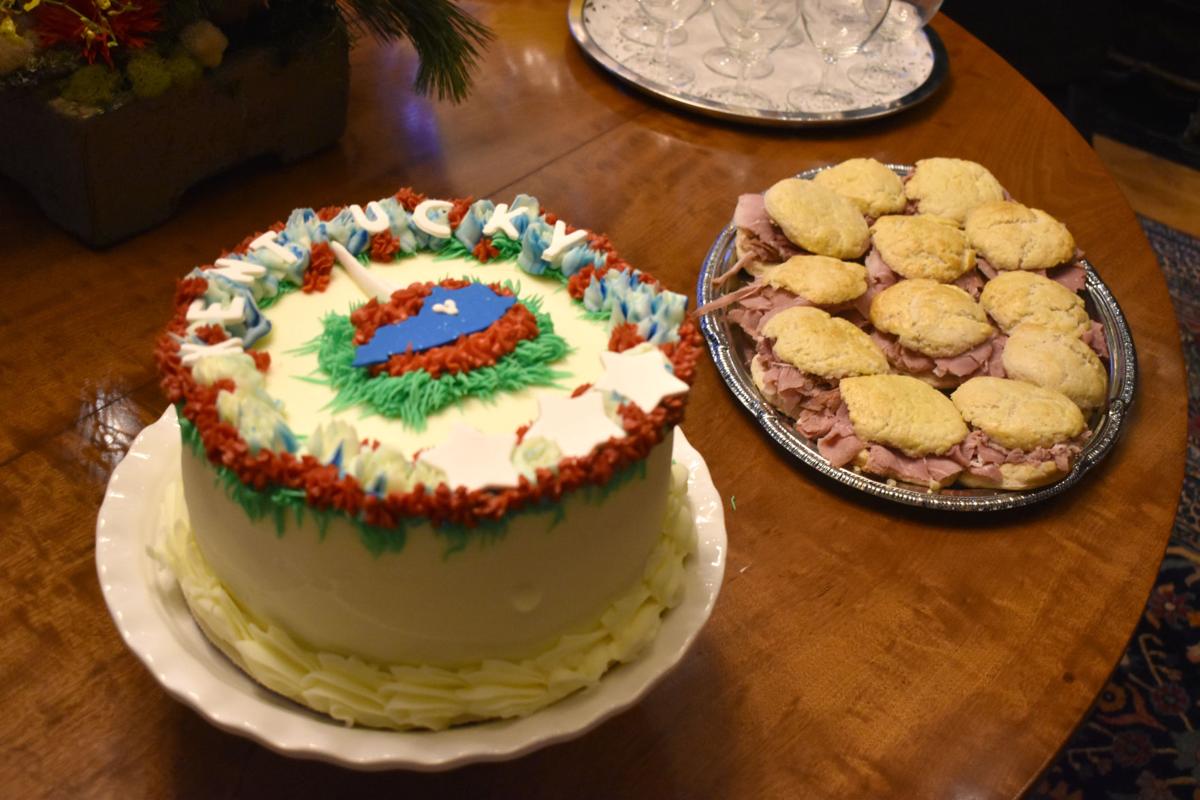 Gov. Andy Beshear,puts a cake brought to the Governor's Mansion by Frankfort and Franklin County leaders on a table in the dining room. First Lady Britiany helps while their daughter Lila and son Will try to see the cake. (Photo by McKenna Horsley)

Representatives from Frankfort and Franklin County took food to Gov. Andy Beshear and his family on Inauguration Day.

The breakfast consisted of a white cake from B’s Bakery, country ham from Rick’s White Light Diner and beaten biscuits from Main Street Diner. The meal is a long tradition, reportedly started by an outgoing first lady who left similar dishes behind at the Governor’s Mansion for the incoming first family.

Beshear, his wife Britainy, and their two kids, Will and Lila, answered the door for the group on Tuesday just before 8 a.m. and invited the guests into the mansion’s dining room, where they thanked them for the dishes.

“On behalf of the newest members of this Governor’s Mansion, thank you so much,” Andy Beshear said.

“We are excited to be a part of your community,” Britainy Beshear said.

The cake, which was made by B’s Bakery owner Beth Carter, resembled the Capitol’s floral clock. The first lady said that she feels like the family will be making “many more trips to her bakery” and added that the ham and biscuits smelled “amazing.” Bill May also gifted a photo of a house that his grandfather built on Wapping Street with a message to the First Family on the back of it.

The governor said that the schedule for Tuesday had many festivities “to show off Frankfort and Franklin County.”

Huston Wells asked Will and Lila how they felt living in the Governor’s Mansion as it used to be their grandparents’ home. Former Gov. Steve Beshear and First Lady Jane Beshear lived in the mansion from 2007 to 2015.

Lang told the Beshears that any of her daughters would be willing to babysit in the future, if needed. She later said that governors who live in the mansion have the chance to join the “great community” in Frankfort, and she sees that already happening with the Beshears.

“It makes you feel like they are part of the community, so that’s kind of why I opened my arms,” she said. “You just feel like ‘Hey, you are one of us now.’”

It was Lang’s first time joining a delegation that brings food to the new governor on an inauguration day. She said that it is a great tradition that welcomes Frankfort’s new residents.

It was also the first time to be part of the tradition for Metcalf, who called it a “once in a lifetime experience.”

“I know that he’s (Andy Beshear) going to be a great leader to our Commonwealth,” Metcalf said.