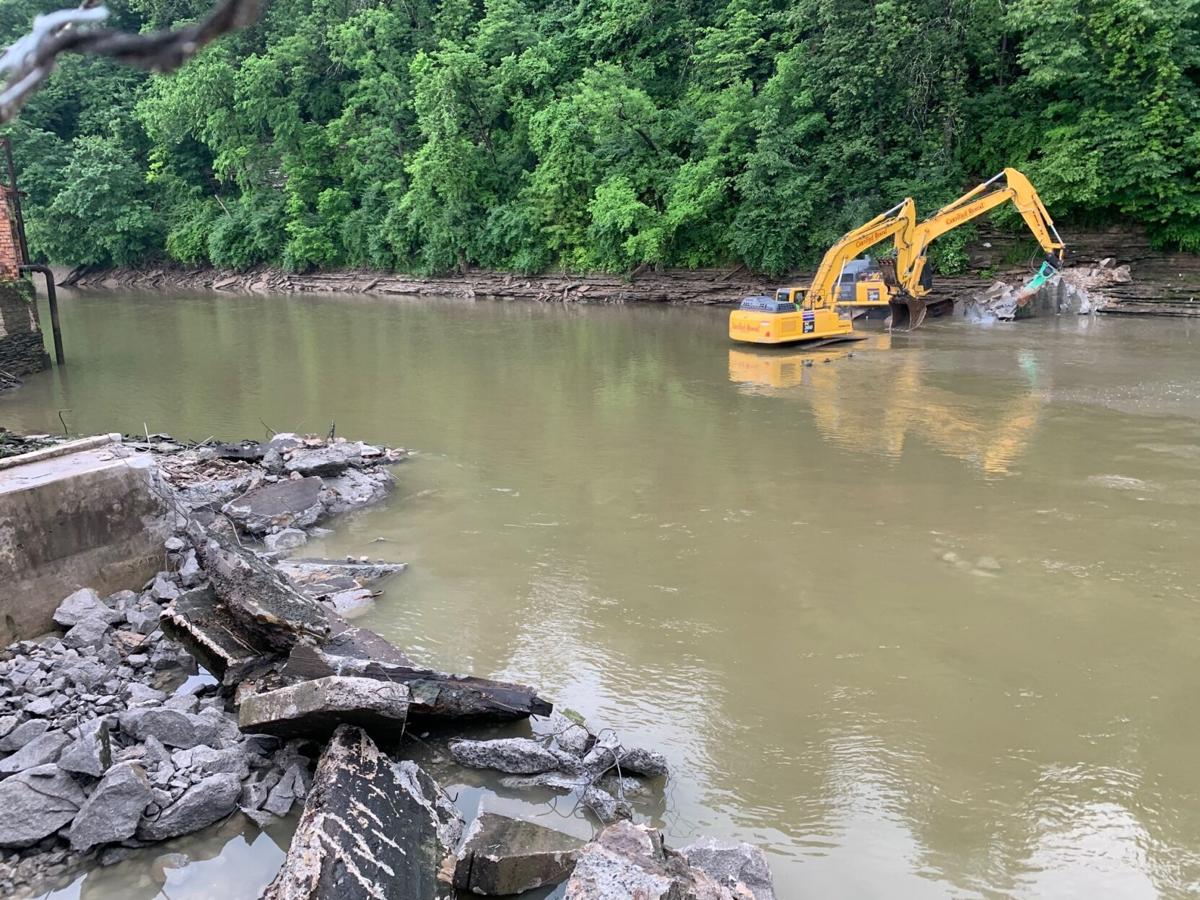 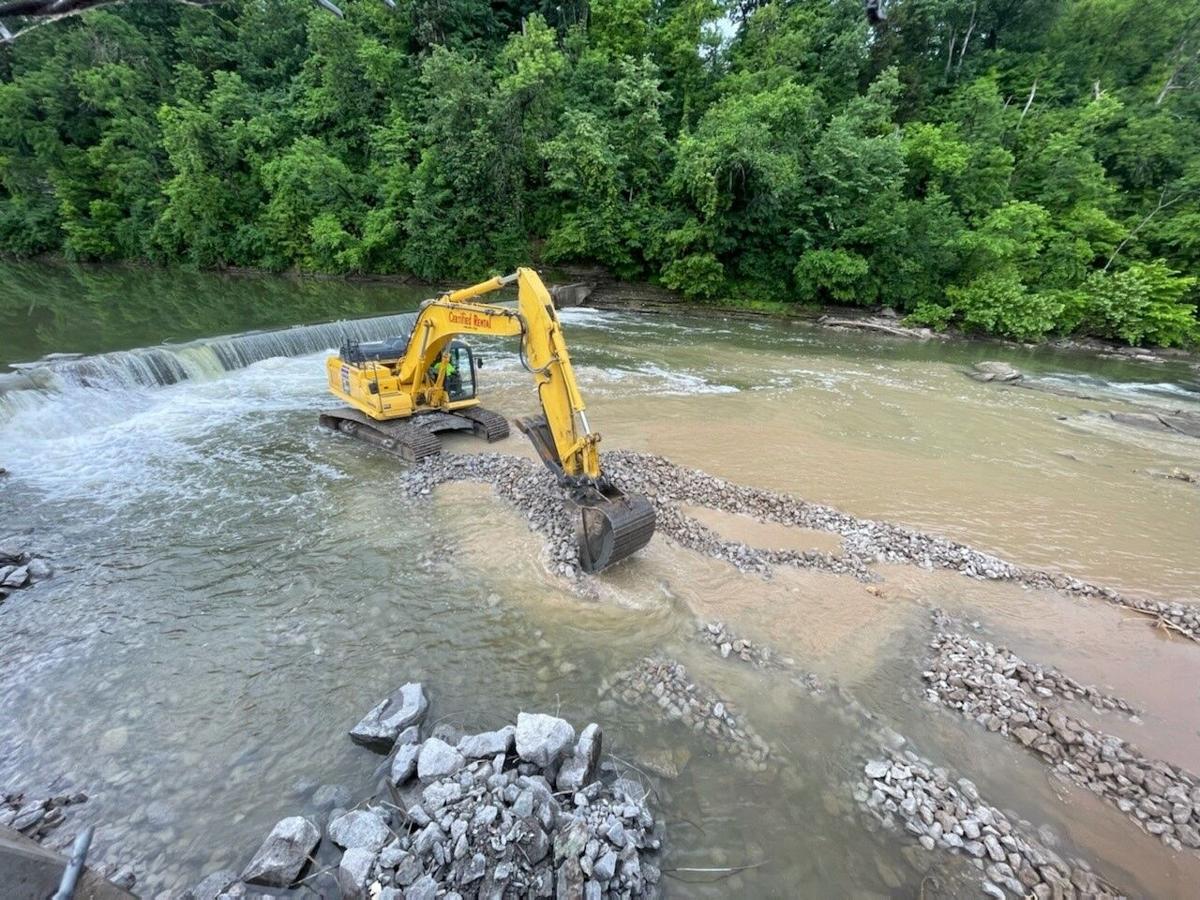 After more than 100 years, the Elkhorn Dam is gone.

The removal came in a flurry of activity this week, after several delays due to weather had pushed back an initial early March removal date into June. Crews are cleaning up debris from the Elkhorn Creek site today, per a representative of Beam Suntory.

Beam Suntory operates the Jim Beam Old Grand-Dad plant located right next to the low-head dam. Spokesperson Sara Roston said that site cleanup will finish by the end of Thursday.

Roston added that by Friday the site should be safe.

Those who traverse the creek on a regular basis have long asked for the dam, a potentially deadly hazard, to be removed.

Multiple people have drowned at the dam, most recently in October 2018, when 35-year-old kayaker Matthew Hughes, of Lexington, got sucked into the undertow after holding onto a rope for nearly two minutes.

Nathan Depenbrock, a co-owner of Canoe Kentucky, said that his company has not utilized that stretch of the creek in the last 10 years, in part due to the dam’s presence. That could change with the dam gone.

“I think it's an absolutely wonderful thing,” Depenbrock said. “There have been many different groups attempting to get that taken care of for years now. It's a wonderful thing for the entire Franklin County community.”

Hanley Loller, former president of the Bluegrass Wildwater Association, said that the dam’s removal will pay dividends for kayakers hoping to avoid both a serious hazard as well as the annoyance of having to take your kayak or canoe out of the water, also known as portaging, to avoid the dam.

“The biggest buzz that we’re going to see about this is that when the Elkhorn runs high, we’re just going to be able to put in and go down without really thinking about anything,” Loller said.

One exciting development for Loller was the uncovering of some natural rapids that occurred as a result of the dam’s removal. He added that there is some uncertainty as to how the unrestrained water will shape the stream, as it will likely take some time before all the silt washes out.

“We don’t know exactly what the rapids underneath the pool there are going to look like,” Loller said. “We’re not expecting a huge, dangerous thing. There’s really only four to six feet of grading.”

Loller said that the push to get the dam removed has been a long one, and gave much credit to Depenbrock for helping lead the charge, but it comes “just in the nick of time.”

“There’s already been increased traffic on the Elkhorn this year, and we don’t expect that that’s going to abate,” Loller said. “With more people on it, getting the dam out of there comes just in the nick of time. It makes it a lot safer, especially for more inexperienced people coming down through there.”

Even for experienced kayakers, that dam demanded respect. I had a friend who paddled Class V whitewater with us and he said that he was going to run it. I set up safety on the rivr left side with a throw rope. And over the left side he came with a boof move. It wasn’t enough to clear the backwash. He side surfed the pour-over and then it sucked him under, boat and all. He came back up out of the boat and I hit him right in the face with the throw rope. I was able to pull him free of the recirculating hydraulics. He never did it again!