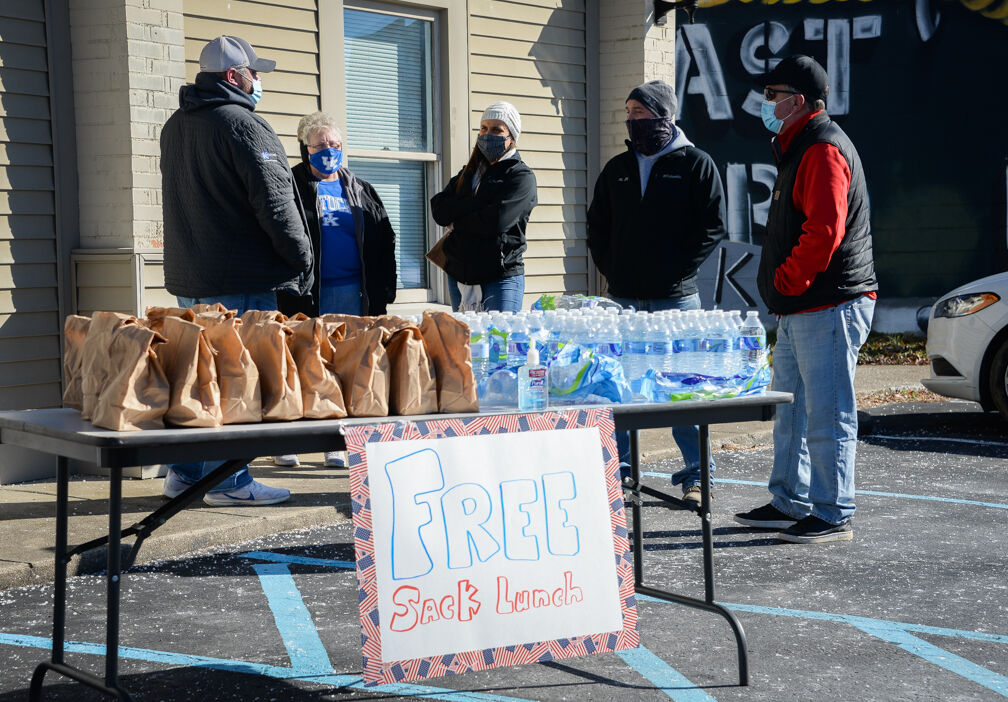 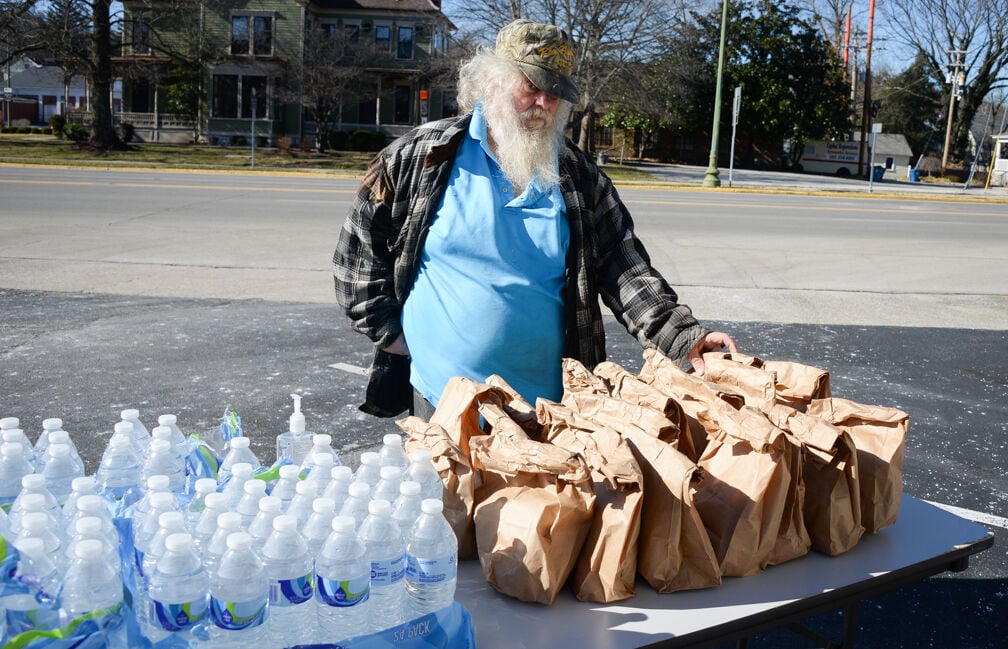 For a while now, work conversations for Buddy Bennett, Eddie Hortenbury and Allan Oakland weren’t centered around work as much as how they could help people during these challenging times.

“We felt that in these crazy times we’re living in with COVID, unrest and people having lost jobs and unemployment not coming through, that there was a need,” Bennett said.

With that need being food, the trio decided that they would put together 100 sack lunches and hand them out for free in the parking lot of VFW Post 4075 on Second Street Saturday.

“Even if you don’t need someone to buy you lunch, it’s here,” Bennett said.

The trio work together at Lee Building Products. Oakland is a contractor with the company. He works for Oakland Materials and Transport.

The three men, along with Iva Bingham, president of the VFW Auxiliary, and Oakland’s wife, Becky, distributed the lunches from 11 a.m.-1 p.m.

By about 12:30 p.m., they had handed out more than 30 lunches. People either pulled up to the table and were handed a lunch through the car window, or some parked and approached the table.

On Saturday’s menu was a bologna and cheese sandwich, a bag of chips, an orange, a sweet snack and a bottle of water.

The only promotion the event had was a Bennett post on Facebook, which he said garnered 95 shares.

“The first person that came made me feel like I did something,” Oakland said.

Bennett said they viewed the event a success after that first person received a lunch.

“That meant that one person had eaten today,” Bennett said.

They plan to distribute lunches Saturday as well from 11 a.m.-1 p.m. at the VFW on Second Street.

“We’ll continue to do this as long as there is a need,” Bennett said.

Bingham said “it’s good that people are thinking about others.”

Bennett said any remaining lunches were going to be taken to the ACCESS Soup Kitchen and Men’s Shelter and the Franklin County Women’s and Family Shelter, if they would accept them.