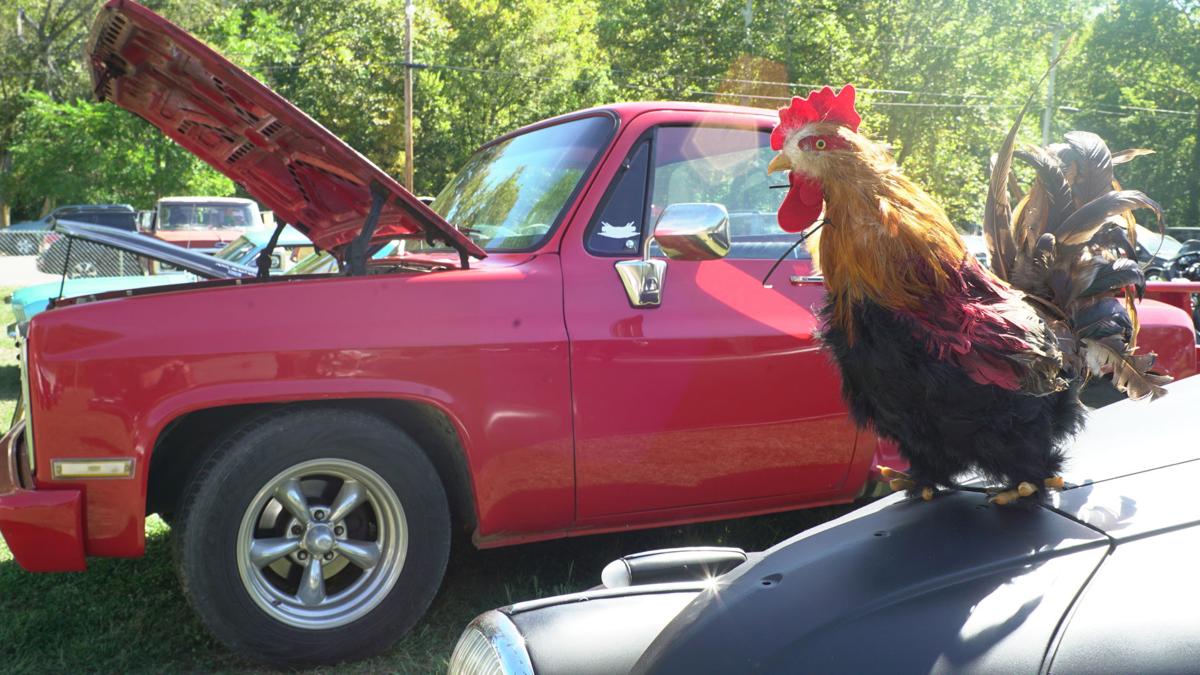 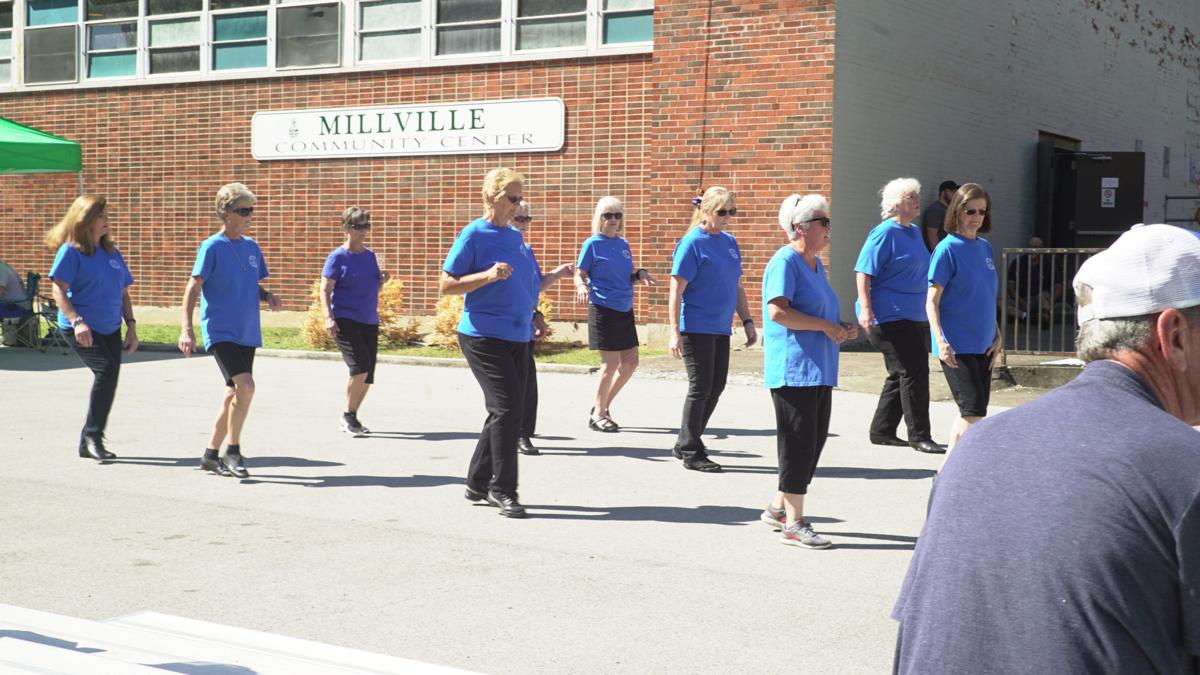 An antique tractor, a yellow fire truck, and classic cars and trucks rolled past the Millville Community Center on Saturday as part of a parade ushering in the annual Hillbilly Daze celebration.

Festive music boomed from speakers in the parking lot outside the center, the former site of the Millville School. Children jumped in an inflatable bouncy house, line dancers performed for spectators, and vendors sold crafts, locally grown produce and burgoo.

“I come here every year,” said Roger Swiger, formerly of Ohio. “I’ve been doing this since I came to Frankfort back in ’74.”

Swiger leaned against a car, chatting with Jim McKinney, of Lexington, whose black classic car was adorned with a life-sized fake chicken as a hood ornament. This was McKinney’s first visit to the event.

“We drove down just for the day,” he said. “You come and meet people and sit and talk, which is the best thing.”

The festival, held annually on the second Saturday of September, is a fundraiser for the Millville Community Center.

“We have a group of volunteers who run this to raise money to keep the center open,” said Jessica Knight, who moved to Millville 10 years ago when she married her husband, who’s from the area.

The Knights are members of the Millville Community Organization, a nonprofit group that organizes Hillbilly Daze.

Knight said that Woodford County allows the organization to keep the building as long as they pay rent. The center hosts events throughout the year, including birthday parties, corn hole tournaments, weddings, cooking classes and a community market on Sunday mornings.

This year, nearby restaurant The Stave invested money as a sponsor of the event.

Frankfort DJ Rick Johnson has played music at the festival for the past five years. Standing under a mounted speaker, Johnson said, “I just play old music from the ’50s, ’60s and ’70s, and just talk to people.”

This year, he helped host a “cruise-in” of classic automobiles. “We brought in about 25 cars today,” he said.

As some attendees browsed the polished old vehicles, others pushed their children in strollers while catching up with old acquaintances. Millville native Brandon Crawford, who now lives with his family in Scott County, enjoys meeting people he grew up with when he comes back for the festival.

“There’s not a big rush of people like it used to be,” he said. His kids’ favorite part of the day was playing in the bouncy house. “We could hardly get them out of it,” he chuckled.

Dale Clark, of Versailles, stood beside his barbecue smoker, cooking ribs to sell to passersby. Clark said his wife encouraged him to start attending the festival about eight years ago and they’ve been coming ever since.

“We’re just interested in helping to draw more attention to down here, just trying to build the place up because it’s a wonderful place to come,” he said. “We have a good time.”

For information on how to rent the Millville Community Center for an event or activity, contact John Watts at 859-421-8731.