Some Frankfort Plant Board cable customers may see a change in cable rates beginning in March.

The new rates were presented Tuesday night during the monthly meeting of the municipal utility’s governing board.

If the changes are approved in February, cable subscribers with the limited service package will see their monthly customer charge rate drop from $16 to $12.79, which is a 20.06% drop in prices. 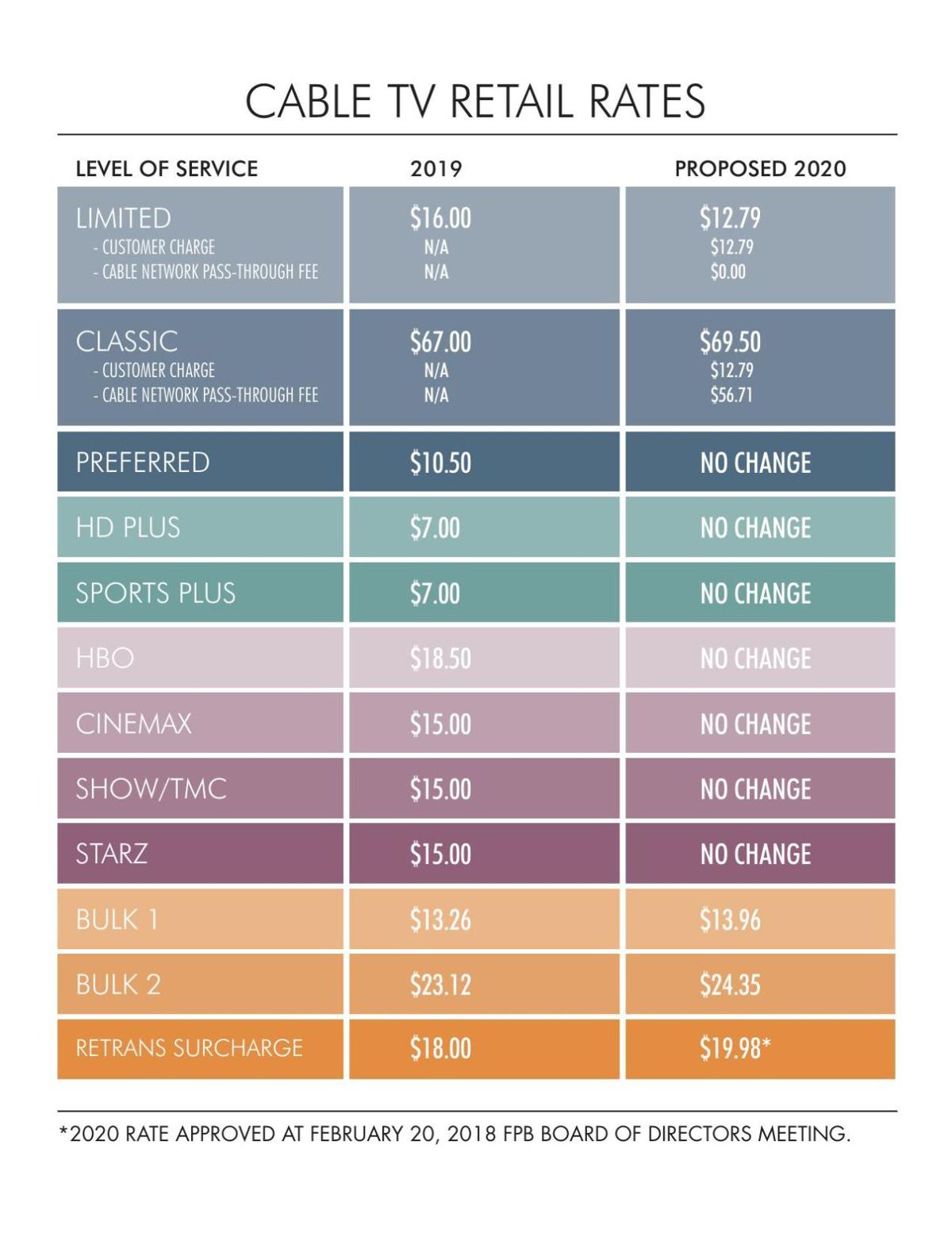 Customers with the classic service package, however, will see their rates increase from $67 to $69.50, or a 3.7% increase.

FPB Telecommunications Product Manager Harvey Couch explained it is an industry standard for the companies that own popular networks like FOX News, HGTV and ESPN to have a fee increase each year.

Couch showed the board a graph of how the cable network pass-through fee has increased over the last 17 years. The graph also showed that the FPB operational expenses have decreased. 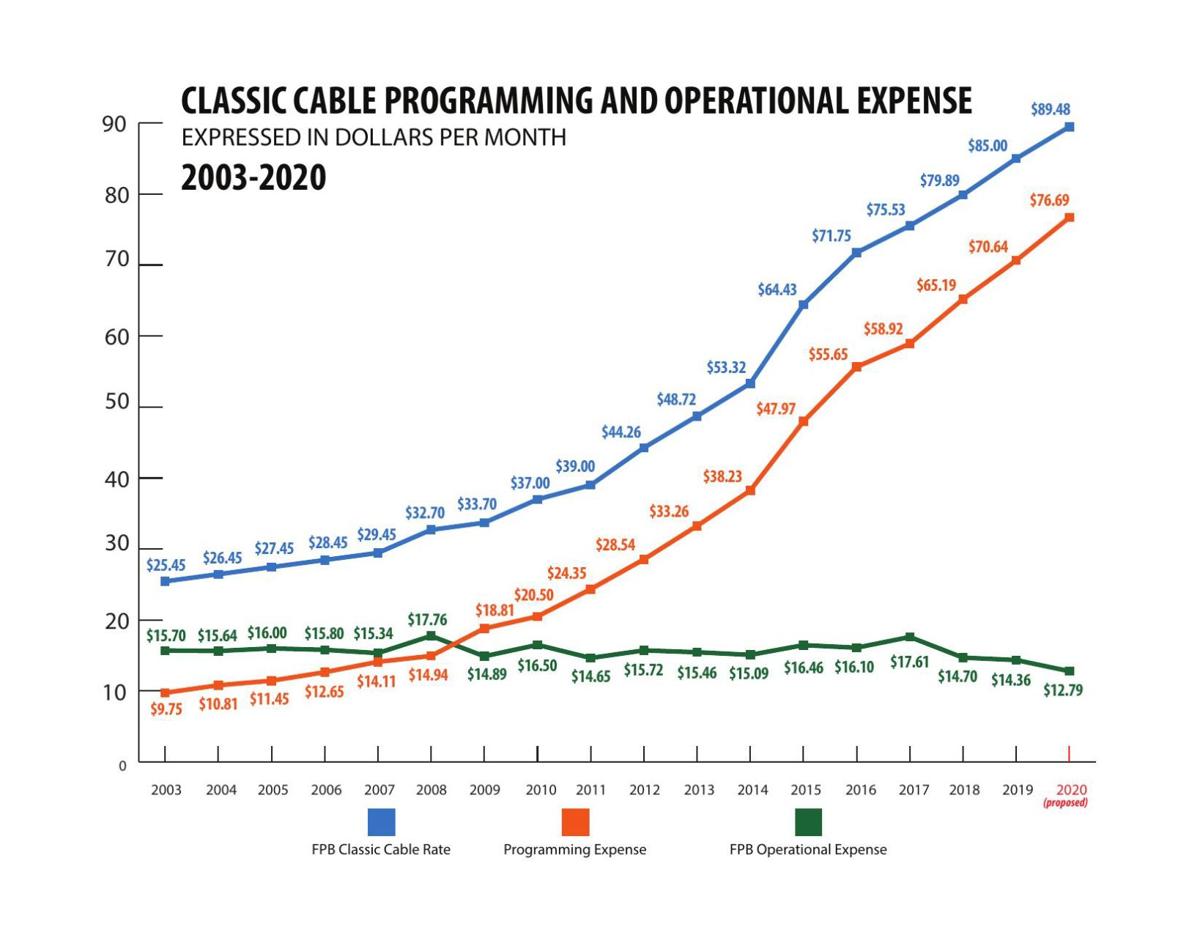 If approved, classic service package customers will pay only a $12.79 operational expense charge to the board.

The $69.50 goes directly to the cable companies, Couch explained.

But before the board can approve the new rates, it will hold a public hearing at a special meeting on Feb. 11 at 5 p.m.

Customers are invited to voice their support or concerns at that time. 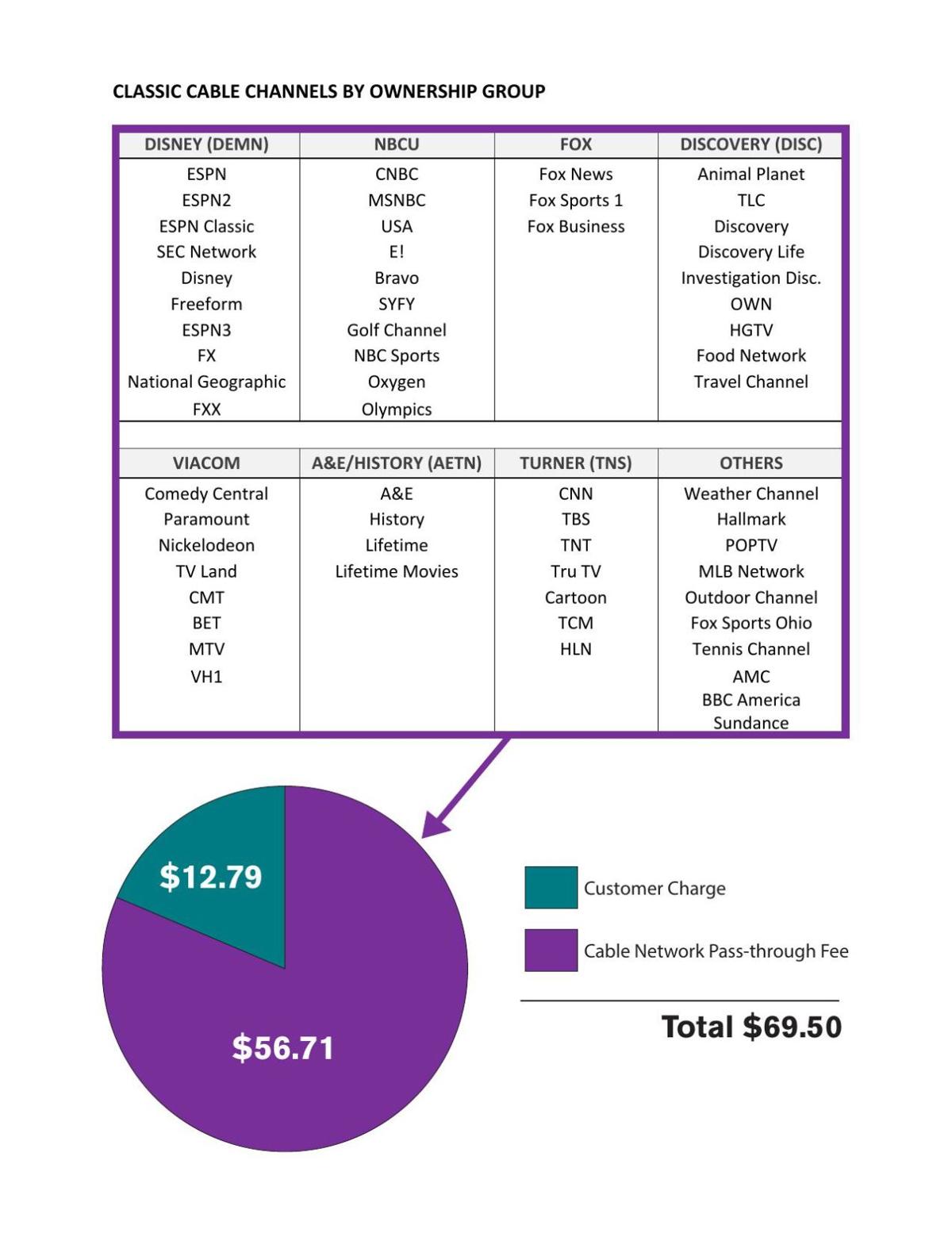 One rate increase that ended up being lower than expected is FPB’s agreement with the Fox Corp., which owns FOX News, FOX Sports 1 and 2 and FOX Business.

“Fox News was the most viewed cable network in Frankfort in 2019,” Couch said.

The National Cable Television Cooperative represents independent cable companies to secure network contracts at the lowest prices possible. In December the FPB told The State Journal via press release that Fox Corp. was asking for an increase of more than 10 times the rate of inflation.

On Tuesday, the plant board approved a licensing fee increase of 22% for FOX News and 7.1% for Fox Sports 1 in year one. The rate increases in the following years will vary between 6% and 8% with the contract ending Dec. 1, 2023.

Couch said this agreement is lower than what the board originally budgeted for and anticipated.

The board unanimously voted to accept the new licensing fees with board member Stephen Mason absent.