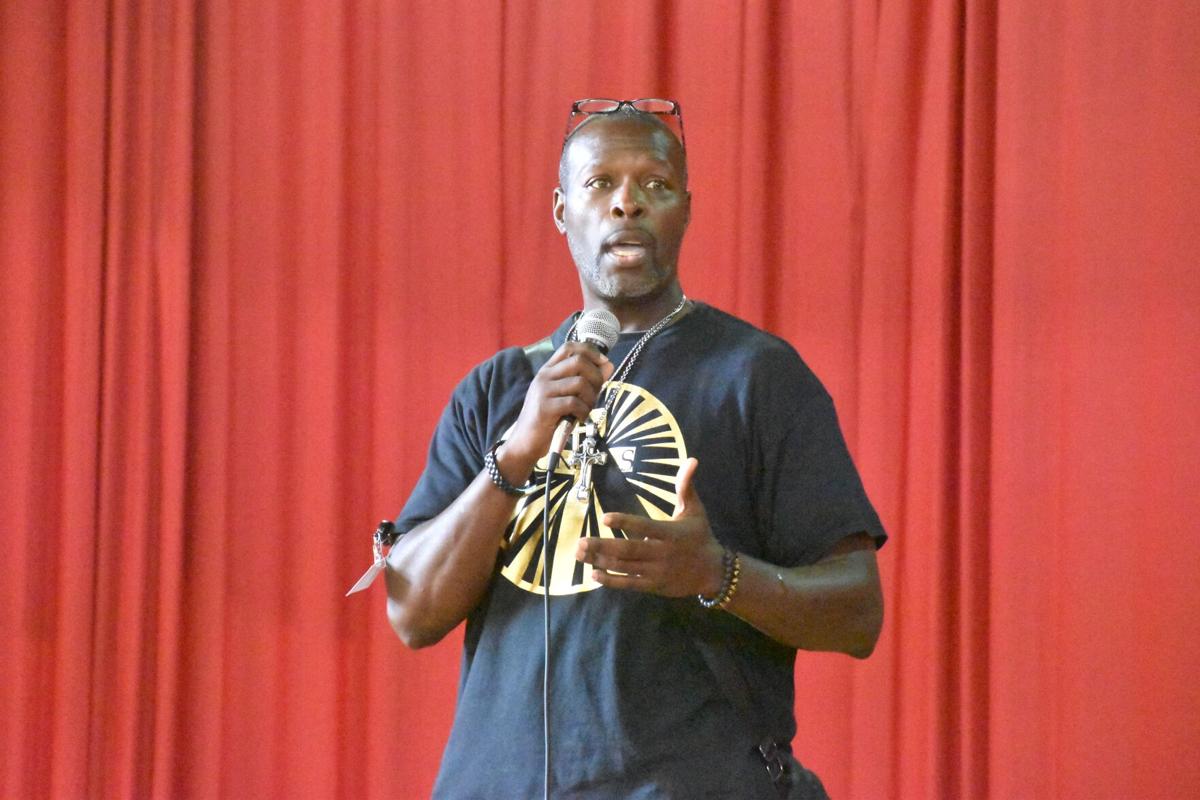 Pastor Donald Jackson of Lebanon Baptist Church, founder and president of One of Us, speaks about his organization's services at the Road for Recovery Saturday at Thorn Hill Education Center. (Linda Younkin/State Journal) 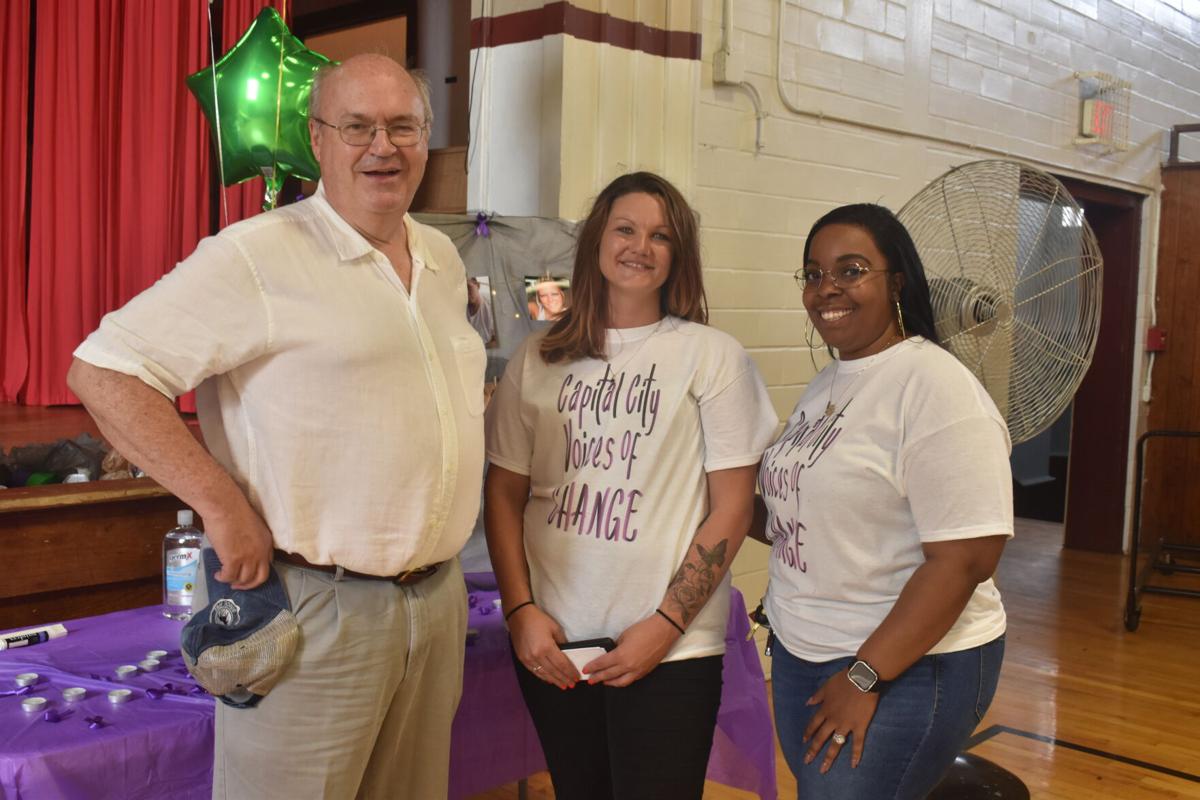 Pastor Donald Jackson of Lebanon Baptist Church, founder and president of One of Us, speaks about his organization's services at the Road for Recovery Saturday at Thorn Hill Education Center. (Linda Younkin/State Journal)

Six weeks ago the Rally for Recovery was just an idea.

On Saturday it was an event connecting people with organizations offering help for those suffering from substance abuse.

More than 160 people turned out at the Thorn Hill Education Center to hear speakers and visit booths manned by groups that offer services. There were also food trucks outside.

The event was hosted by Capital City Voices for Change, and it came together quickly.

“A month and a half ago at drug court graduation, I was talking to director Afiya Wilson, and I said ‘why don’t we do something this year?’ COVID shut us down last year,” said Kayla Hemze, who organized the event.

“We talked about what would bring the community together and get people out, and we decided to do a rally. What were we going to call it? A lot of people have changed in the last year, and we do live in the capital, so we decided on Capital City Voices for Change.”

“We talked on a Monday, and by Wednesday Kayla had a list of vendors and speakers,” said Wilson, the program supervisor for Franklin County specialty court, formerly known as drug court. “After that it was a matter of getting started, and we got going.

“At some events like this you don’t see a lot of families, but today we have a lot families, a lot of kids.”

Hemze said there are people and groups that support those in recovery, but people in recovery might not know about them. The Rally for Recovery was an opportunity to introduce services to those who need them.

Despite having a short amount of time to pull the event together, Capital City Voices for Change had more organizations that wanted to participate than it had space.

Hemze said there were 19 organizations represented, and she had to turn away three because of a lack of space.

Those organizations have been put at the top of next year’s list for what Hemze said will be an annual event.

One of the groups at Thorn Hill Saturday was One of Us, which began six months ago. Pastor Donald Jackson, head pastor of Lebanon Baptist Church, is the organization’s founder and president.

“I was at church and the Lord pointed to me and said ‘one of us,’” Jackson said.

The organization, which just completed the paperwork to be a 501c3 non-profit, provides, among other things, food, diapers and lodging.

“There’s a 91-year-old who needs a ramp at their house, and we’re building that,” Jackson said.

The Franklin County Farmers Market has a program for pregnant women called FreshRX that provides $20 a week for 21 weeks to buy fresh fruits and vegetables.

The Farmers Market also has the South Frankfort Food Share where people can get a box of fresh, local vegetables for as little as $6. For more information on these programs, call 502-604-0713 or visit www.FCMarket.org.

“It’s kind of like AA (Alcoholics Anonymous) except it’s a Christ-centered recovery group,” Jennifer Dugas said. “There are 12 steps based on the Bible and four books that show you the 12 steps.”

Among Saturday’s speakers was Franklin Circuit Court Judge Phillip Shepherd, who told the crowd what people working in the drug court learn.

“THIS “story is about a worthy cause that shows human dignity . It should be on the front page of the paper. Maybe it is?