The City of Frankfort shared a draft of its budget, which got a first reading last week, after several requests from The State Journal.

The nearly $37 million budget featured few significant increases for any one department, as the budget summary noted that occupational tax revenue from state workers took a dramatic $2.9 million hit this fiscal year compared to last year.

“State workers sent home did not pay occupational tax to the city in FY21 as in years past,” the budget reads. “We have budgeted conservatively for $5.5 million in collections for FY22 as we are unsure how many state workers will return to their respective offices.”

A good chunk of that shortfall was recommended by city staff to be covered by American Rescue Plan Act (ARPA) funds, of which about half of a $7.1 million total is expected to be received by the city. The budget summary also indicates that leftover funds would be used to cover costs incurred by the city from COVID-19 response programs such as the small business grants, a local business gift card program and more.

In an email earlier this month, Mayor Layne Wilkerson said that recovering lost revenue due to the pandemic — such as the lack of state workers coming into town — would likely be the first priority for the city.

The budget summary ended with something of a warning: the city would need to find a way to either cut its expenses or increase revenue in future budgets.

“Future Budgets, beyond FY22, will look drastically different as we are not expected to receive additional federal relief funds,” the budget reads. “Depending on how many state workers return to Frankfort full time, coupled with rising pension costs (12% for each of the next several years) the city will need to explore revenue producing options or consider decreasing expenses and/or services.”

A $1.2 million rise in expenses is largely attributed by the city to pension cost rise as well as a 2% cost of living increase planned for city employees.

The budget noted that the city currently has enough to fund its planned capital projects for the next year, which are listed below:

From the stormwater fund:

A full copy of the city's proposed budget is available online at state-journal.com. 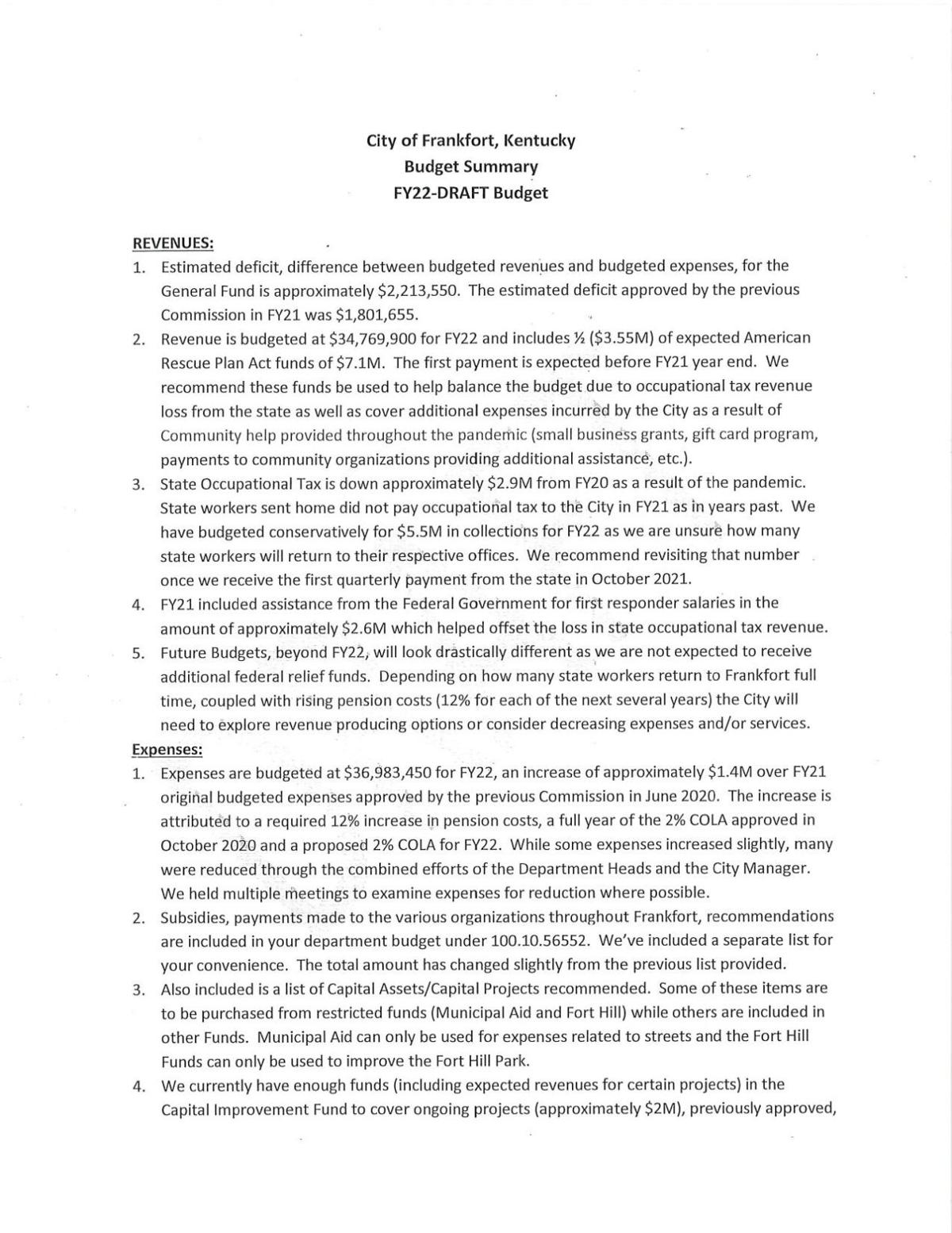 How did you convince the city to release the budget?