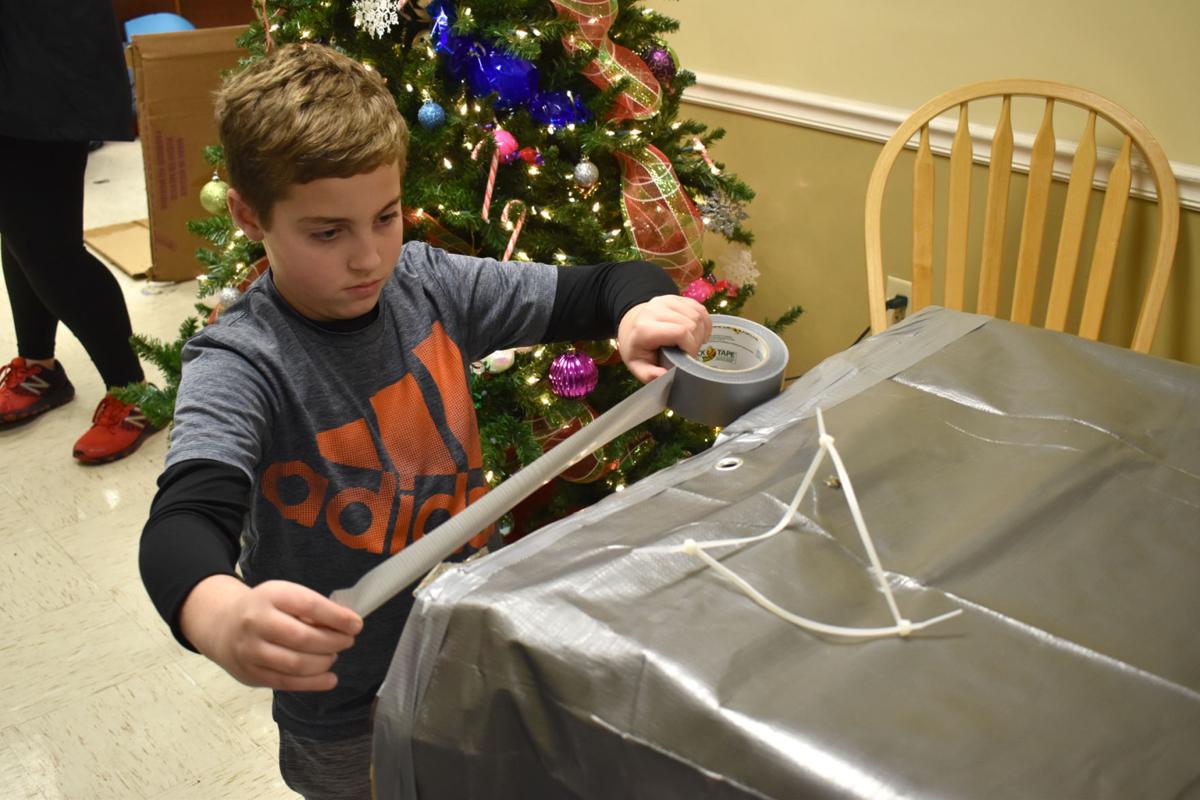 Austin Rudmann, a member of BSA Troop 1, uses Duct tape to affix a tarp around the outside of the cardboard box that he would later sleep in on Friday. (Photo by McKenna Horsley) 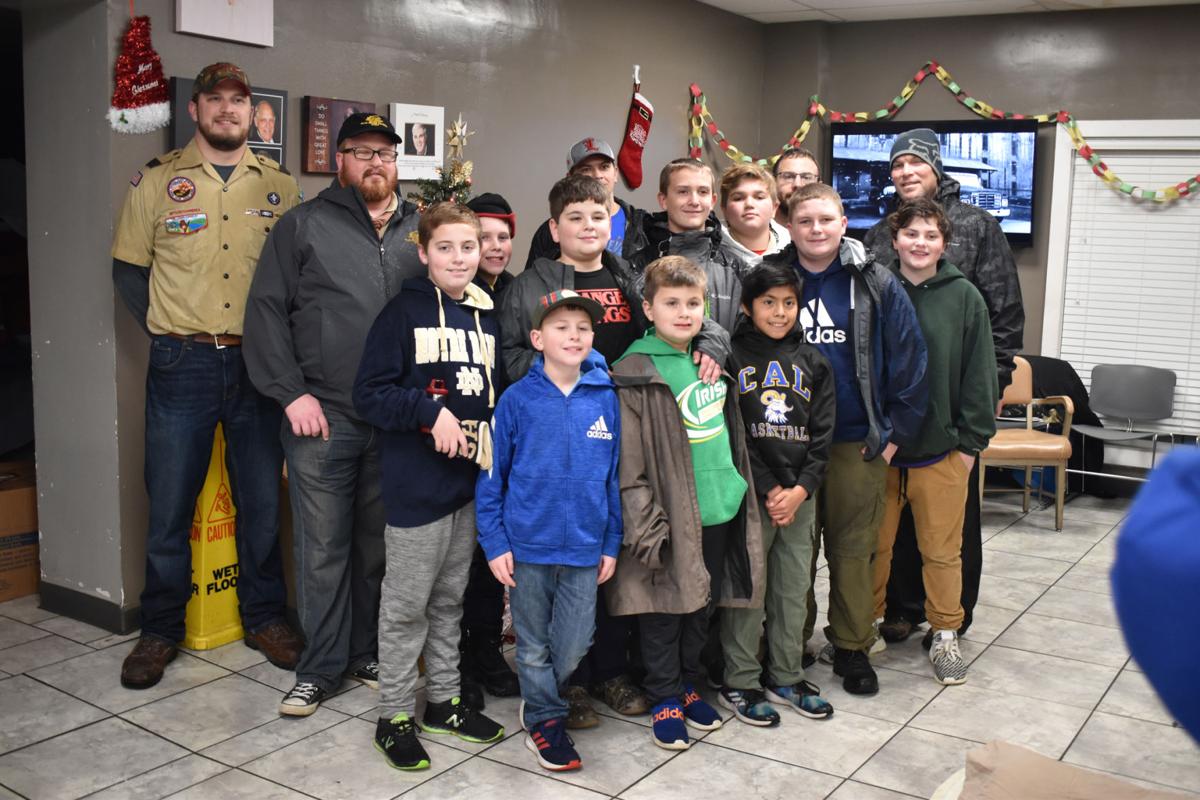 Austin Rudmann, a member of BSA Troop 1, uses Duct tape to affix a tarp around the outside of the cardboard box that he would later sleep in on Friday. (Photo by McKenna Horsley)

While many Frankfort residents were asleep in their own warms beds on Friday night, a troop of Boy Scouts braved the cold and rain to highlight a community issue.

Boy Scouts of America Troop 1 collected donations for its annual Homelessness Awareness Night on Friday. Beginning that evening, the troop and volunteers gathered at the First Christian Church on Ann Street to prepare cardboard boxes and tarps to sleep in until the next morning outside of the church’s doors. Before going to sleep, the troop ate dinner and spoke with patrons at the ACCESS Soup Kitchen and Men’s Shelter. On Saturday morning, the troop brought collected donations, from food to clothing, to the shelter.

Friday wasn’t the first night that the troop has done this. It was their seventh year to experience homelessness for a night. Scoutmaster Brad Reid said the night is something the boys look forward to every year and it shows them how some who are not as fortunate as themselves lives.

“This an opportunity to show the boys what other people can go through in their lives. It allows them to do something good and positive for the community that really makes a difference,” Reid said.

The troop’s Senior Patrol Leader Kayden Pierce said it was his fourth time participating in the Homelessness Awareness Night. Over time, the event has changed in its meaning to him.

“When I first started this, I thought it was somewhat weird and you don’t normally see kids going to a homeless shelter and eating dinner with them, but over the years, I’ve noticed that there is more meaning to it than that,” Pierce said. “The meaning isn’t that we are helping them … you go there and you realize that they are not different from any of us.”

Kayden added the boxes that he and the rest of the scouts sleep in are sometimes even “better” than what many who are homeless have available to them.

Austin Rudmann has only been in Troop 1 for about three weeks, so this year was the first year he had slept outside for the Homelessness Awareness Night. Inside the church, he used duct tape to affix a tarp around the outside of the cardboard box that he would later sleep in.

“I’ve learned that it is very hard and you only have a certain amount of time until nightfall and time works against you,” Austin said while working on his box.

Before the troop hiked from the church to ACCESS for dinner, a few members stopped by with a box of some donations that the scouts had already collected. The shelter’s Executive Director James Barnett said that the scouts were sleeping outside and collecting donations “because they care. That’s a big thing.”

“You have every right to be proud of yourselves because you are looking outside of yourselves,” Barnett told the scouts.