In the Franklin County Fiscal Court’s first meeting on Wednesday regarding the entirety of county government’s next budget, Judge-Executive Huston Wells presented the court with a budget proposed to increase by about 14%, just over $3.9 million compared to last fiscal year’s.

According to budget documents, the increase would come primarily from carryover on projects the court voted for earlier this year or late last year, namely an energy savings project at the Franklin County Regional Jail and the renovation of the old health department building on East Main in anticipation of the Simon House shelter moving operations there.

Those two projects account for more than $2.2 million of the increase.

“I hope you recognize some of the differences and don’t have huge sticker shock,” Treasurer Susan Laurenson said. “… we basically had a continuation budget last year. We certainly have community priorities and projects in mind with the budget that’s being proposed.”

The budget passed for the current fiscal year was $400,000 less than the year before. It passed 5-2, with Magistrates Michael Mueller and Scotty Tracy favoring more budget cuts in light of the COVID-19 pandemic.

Following the current near-continuation budget, most county departments would be slated to receive expense increases in Wells’ proposed budget.

The county’s general fund, road fund and fire protection fund are all proposed to grow by around $500,000. The sheriff is also requesting a budget increase of over $300,000.

Several magistrates posed questions about the budget increases for various departments during the meeting. The meeting concluded with the court voting to receive the budget — not accept it — as is required by state law.

Department presentations will conclude at the next county budget work session, which will take place via Facebook Live Wednesday at 1 p.m. 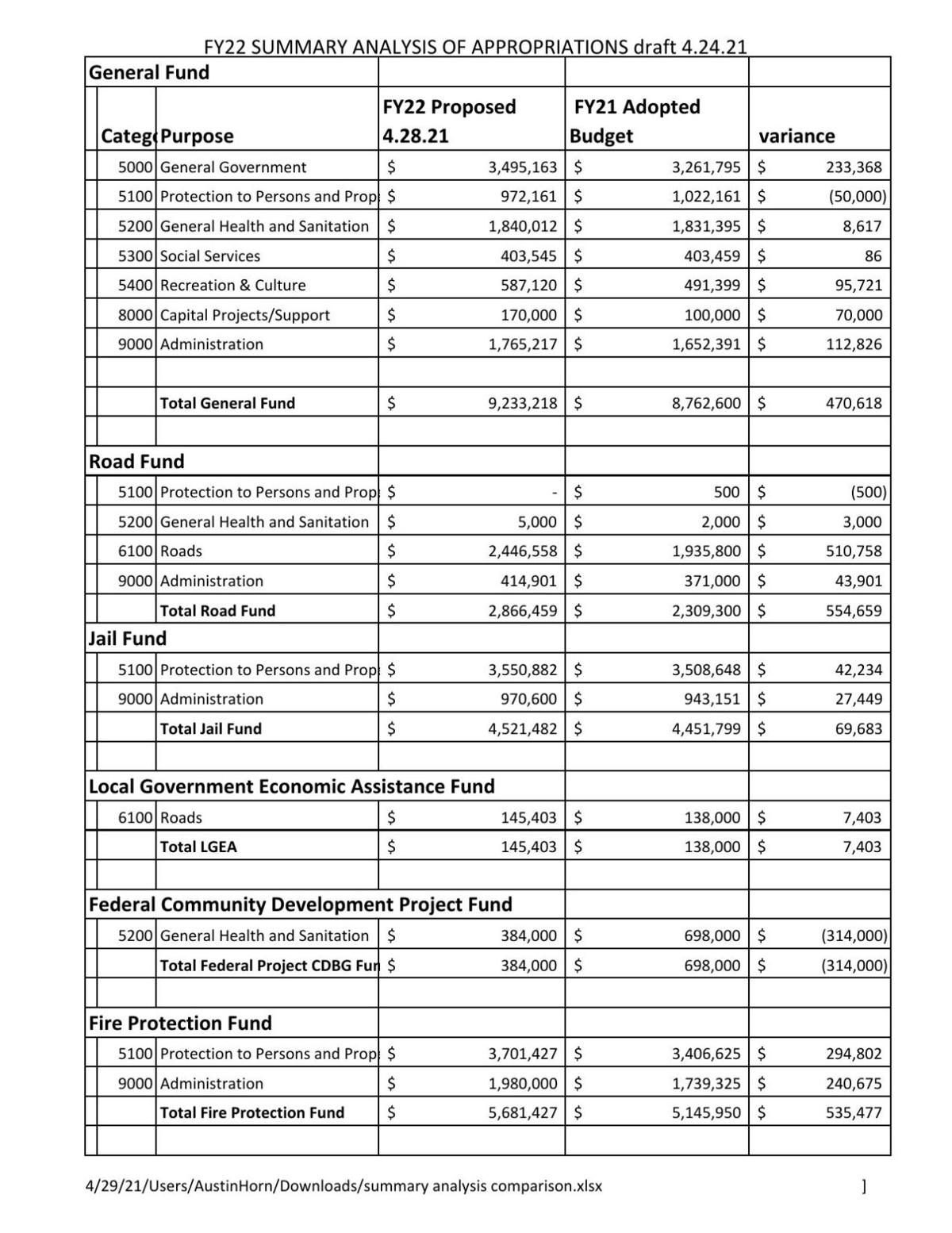 Is the Judges proposal an “Alphabet soup” ( or numbers) fallacy? He’s giving a ride on the “band wagon” ?

Wearing a mask on a Zoom call?