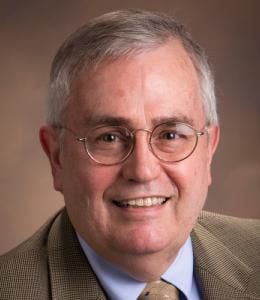 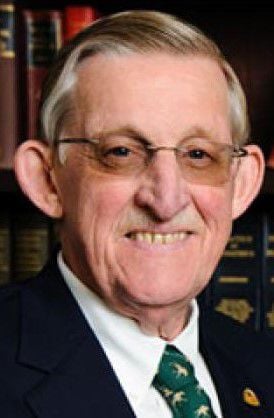 Public health is the nexus of science and politics. Unfortunately, the two frequently do not mix well. A recent example involving childhood immunizations prompts real concern for the erosion of science in the name of politics.

State Sen. Ralph Alvarado, R-Winchester, physician and lieutenant governor candidate with Gov. Matt Bevin, recently declared: “I think it’s good health policy to administer vaccines, but if people don’t want them, we shouldn’t force people to take them.” This followed the governor’s ill-advised exposure of his own children to kids with chicken pox, a practice discouraged by both public health and physician organizations.

These politicians are playing with fire. The U.S. is currently experiencing the worst measles epidemic since 1992, and nearly 80% of this year’s cases occurred in outbreaks in unvaccinated, close-knit communities, such as the Amish.

Many people oppose vaccination for measles, despite recommendations of the World Health Organization, the Centers for Disease Control and Prevention, and major physician and health organizations. Some of this opposition is the result of a fear of autism associated with vaccination, driven by a British physician whose paper on the topic has been retracted as fraudulent by editors of the leading British medical journal, and who has lost his medical license as the result of his claims.

Some people mistakenly think that vaccines contain mercury, but that has not been true for decades. Studies by the CDC, the National Academy of Medicine and the National Institutes of Health have demonstrated, repeatedly, the lack of any linkage between vaccines and autism.

Measles is not an innocuous disease. It can cause encephalitis, pneumonia and even death.

Immunizations protect us in two ways. They keep you from acquiring the disease, and with enough people immunized, a virus cannot spread, giving a population “herd immunity.”

One of the most effective ways to assure freedom from measles is to assure that all susceptible people are vaccinated. The major way of doing that is to require vaccination for enrollment in school, day care centers, kindergarten and summer camps.

All states have such laws, but in some, pressure from anti-vaccine groups watered them down so that parents can easily refuse immunizations for their children. Kentucky made it easier in 2017, by dropping the requirement that a physician sign the exemption form, and the immunization rate dropped below the 95 percent generally thought to guarantee herd immunity.

There are a few children who, because of some immune disease, should not receive live-virus vaccines, but these are rare cases and should be protected legally from immunization rules. Kentucky and some other states allow non-medical exemptions based on personal preference or belief. It is in such states that we are seeing epidemics in close-knit, unvaccinated populations. That has prompted several states to reexamine the vaccine exemptions and tighten them. Kentucky has moved in the opposite direction, and that trend needs to stop.

It is not in Kentuckians’ best interests to water down our immunization requirements; in fact, we should be tightening personal exemptions for vaccinations. This is the policy recommendation of public health agencies and organizations, and of physician organizations.

Comments that erode support for immunization laws that protect us from vaccine-preventable diseases are detrimental to the public’s health. That is especially true of people in public life, and health professionals who know better. Such comments from such sources erode public support for our protection from illness and death. Our political leaders’ statements and actions should be driven by evidence and science.

F. Douglas Scutchfield, M.D., is the Peter P. Bosomworth professor emeritus in the Department of Health Management and Policy in the University of Kentucky College of Public Health. Al Cross, a Frankfort resident, is a journalism professor at UK, director of its Institute for Rural Journalism and Community Issues, and editor and publisher of Kentucky Health News.