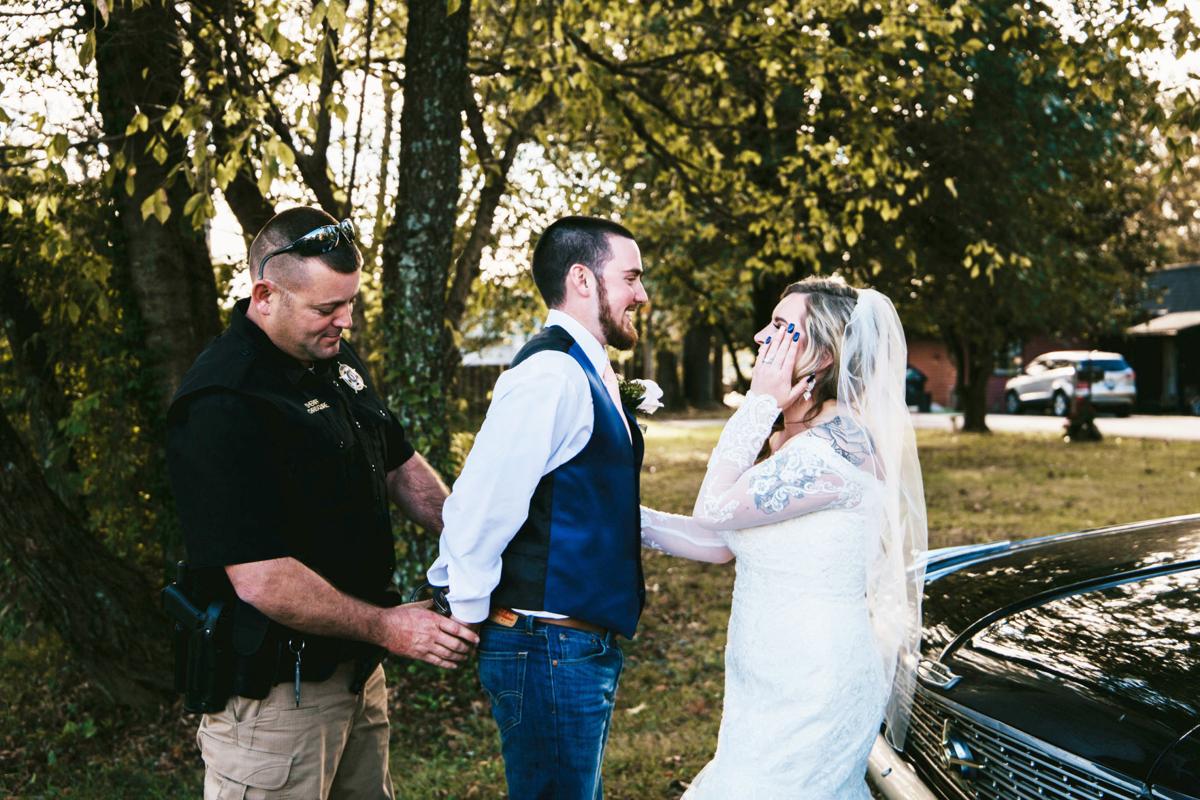 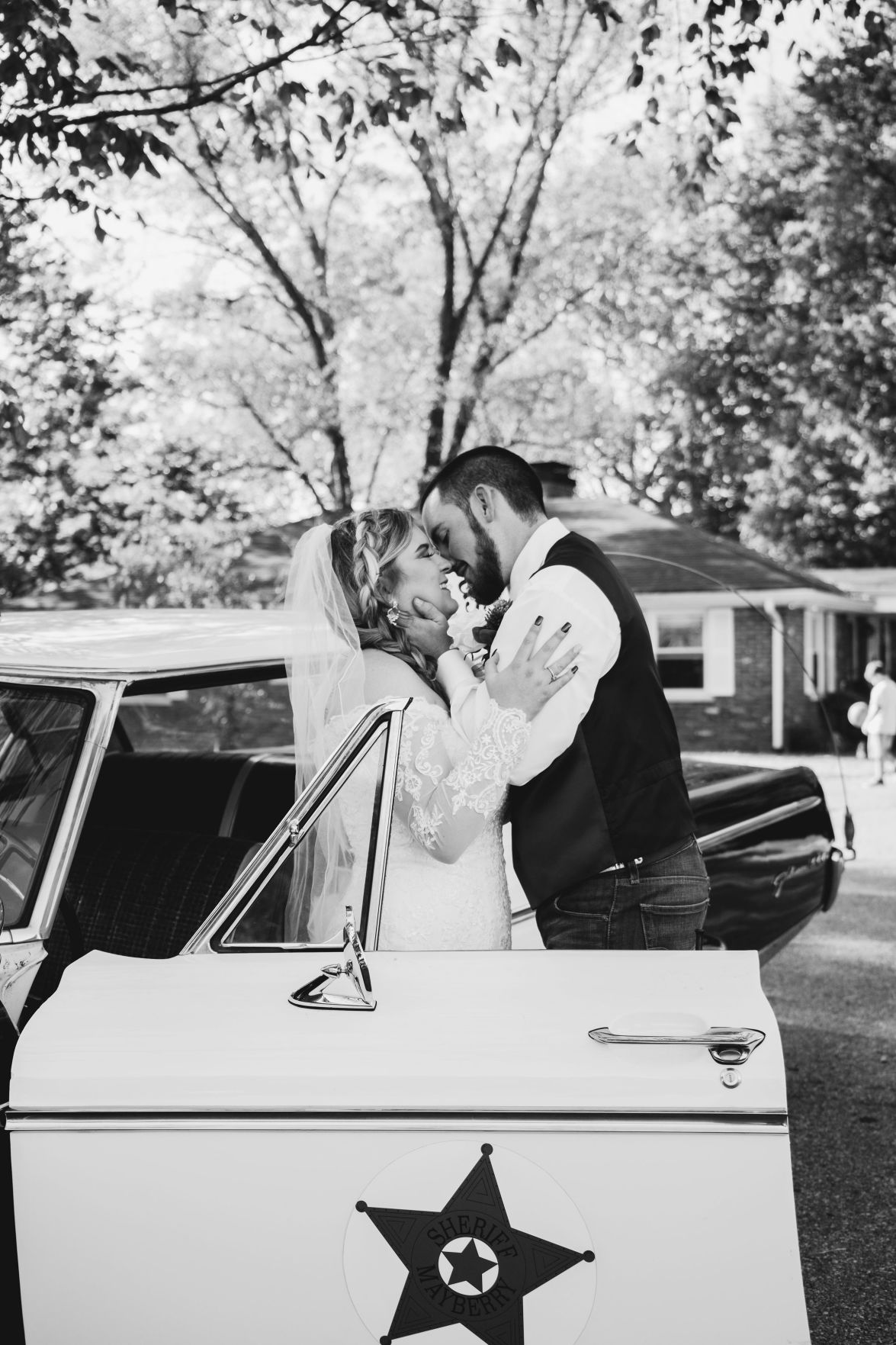 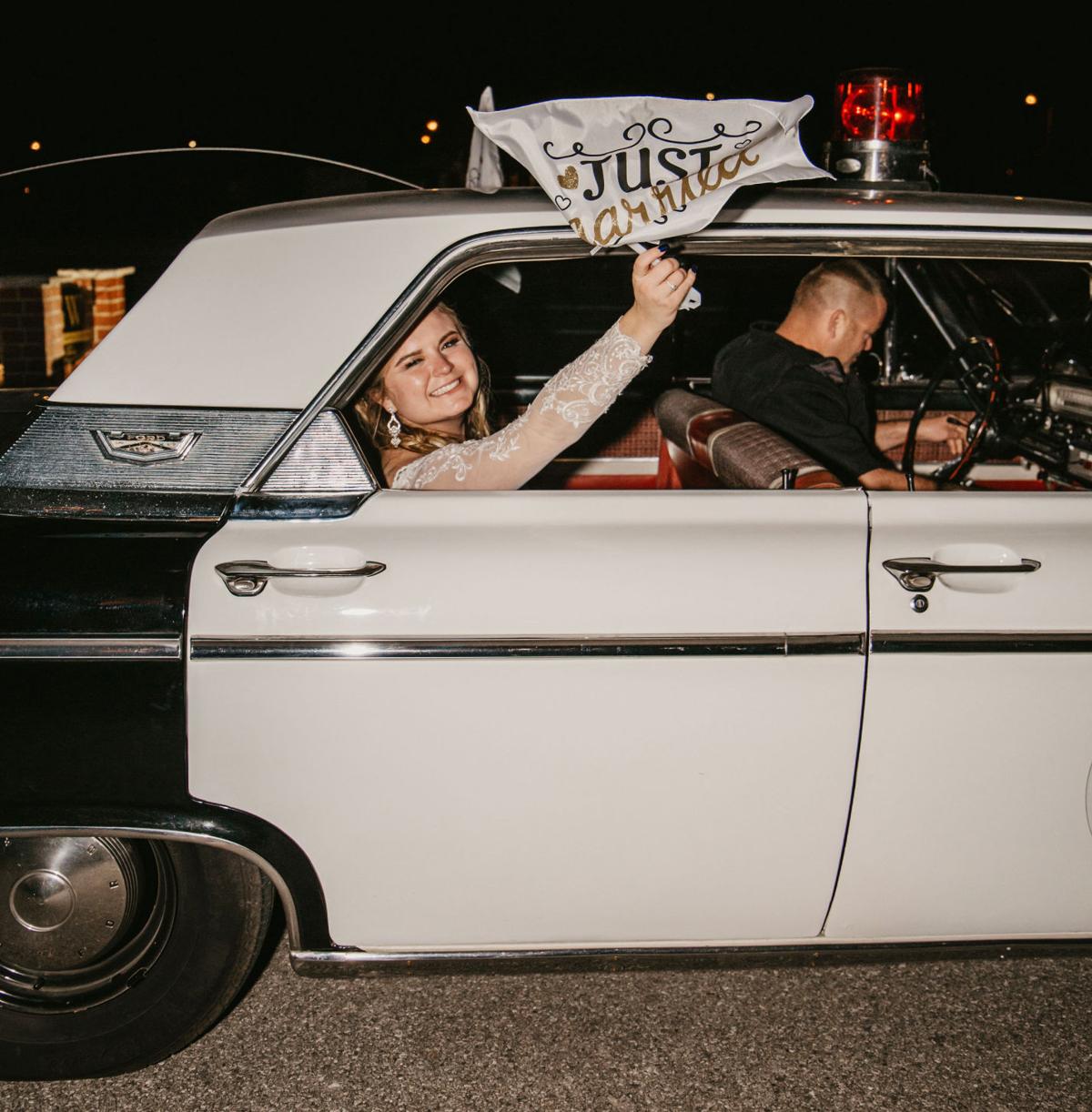 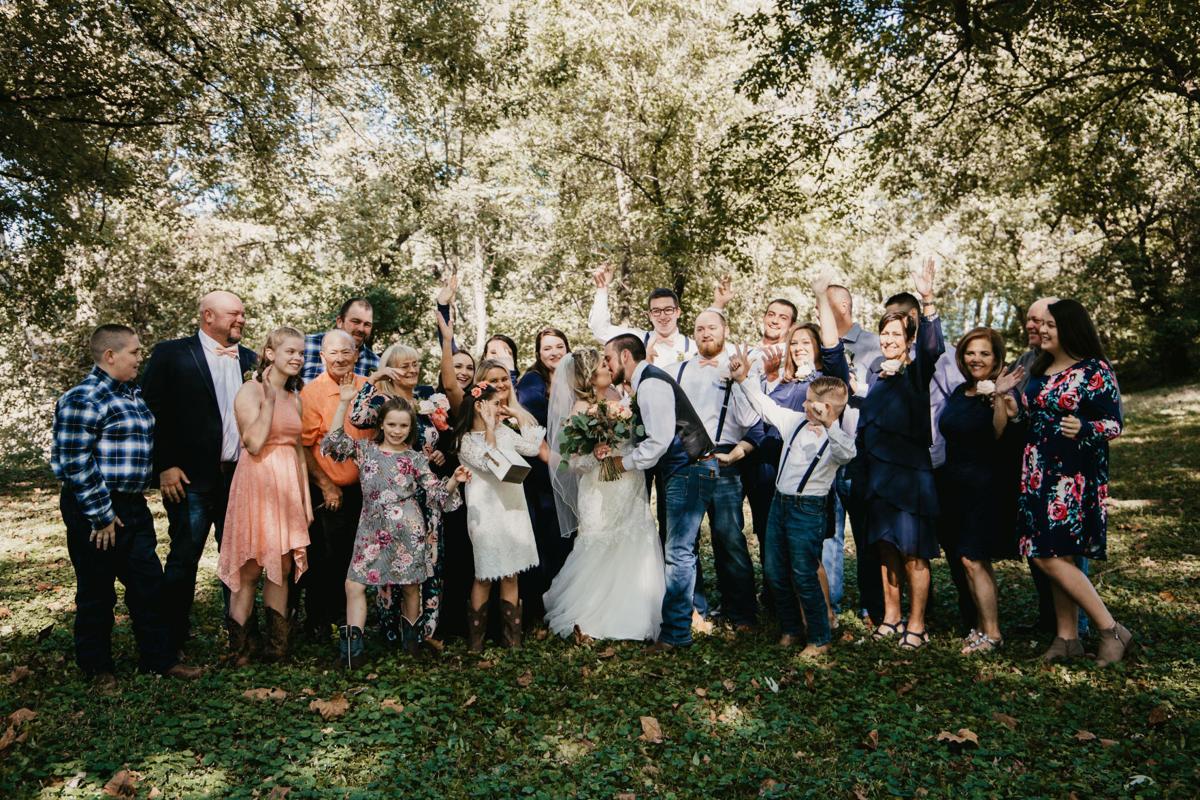 When Franklin County High School graduates Eric Stanfield and Nicole Miller Stanfield tied the knot last autumn it wasn’t too long after the couple exchanged vows at the Glen Willis House that Eric found himself in a pair of handcuffs compliments of the county’s top cop.

In a scene straight out of “The Andy Griffith Show,” Franklin County Sheriff Chris Quire — a longtime family friend — made an entrance in his retro Mayberry car, which was decorated for the occasion, and slapped a pair of shiny cuffs on the groom. But Eric wasn’t officially under arrest, it was for the sake of photos, of course.

“I use the Mayberry car in lots of weddings, graduations and funeral escorts,” the sheriff told The State Journal. “It’s a unique way to do special events.”

“Everywhere I go, people love it,” he added. “It’s a great tool to help engage in the community effort.”

For Nicole and Eric, who have grown close to Quire and his family over the years, the gesture made their special day more meaningful.

“Chris and his wife, Kendra, took time out of their busy schedules to watch us get married, take wedding pictures with us and escort us to the Capital Plaza Hotel afterwards,” the bride explained, adding the lights and siren were glaring and blaring.

Nicole’s mother, Christina Miller, who graduated from Western Hills High School with Quire in the class of 1998 and has known him for decades, was also grateful for the sheriff’s participation.

“We think a lot of Chris and I knew he had the old cop car and thought that would also be a great touch to the wedding — especially putting the groom in handcuffs,” Miller said.

Eric, who is employed at AE Electrical Solutions, was a good sport, and photographer Kiana Smither, of K.M. Smither Photography, was able to capture the moment.

“Eric and I have been best friends for eight years and we always talked about getting married in high school and when the time came it was the best time of our life,” explained Nicole, who works at Tammy’s Diner. “Our parents went above and beyond to make that day perfect for us."

Parade at Dominion gives residents a chance to visit with families