Kratom, scientifically known as Mitragyna speciosa is a healing plant that grows in Southeast Asia as well as other parts of Africa. This plant has grown immense popularity in the last few decades. This is because it is being touted as a natural healing plant that comes with a lot of health benefits for one and all. 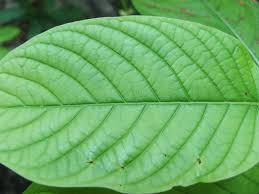 Traditionally, the use of this plant was restricted to chewing its leaves by the farmers while working. This was mainly done to obtain a boost of energy. Over time, the use of kratom became popular for many other purposes as well. This plant is believed to be having compounds that help you to alleviate your chronic pain as well as pain caused because of chemotherapy. Furthermore, this plant also provides many benefits for different problems and ailments such as stress, anxiety, insomnia, diabetes, arthritis, joint pain, or any other kind of chronic pain suffered by a person.

Because of many health benefits, the plant is being sold in different forms such as kratom tea, powder, pills, capsules, oils, and various other supplements. Although many studies have proved that the use of this plant is safe and it doesn’t come with side-effects, many studies have given opposite claims about the safety of kratom. This is the reason why the use of this plant remains legal in some countries while illegal in many others.

In the present era, the current legality of this plant gives varied answers. Internationally, this plant is known to be a legal herb; however, many countries have given it a clear ban. Thus, you cannot make the use of this herb in any form in these banned countries. It is very difficult to analyze the legality of the plant in the whole world as every country comes with its own laws and regulations surrounding the use of kratom.

As stated earlier, some countries have legalized the use of this plant in all its forms. Thus, you can consume it in whichever form you like only if you are living in the concerned country. Countries such as the United Kingdom, Thailand, and Malaysia have scheduled this plant as a prohibited substance. Hence, you cannot consume any product of Kratom in these countries. At the same time, you cannot even market or possess kratom in these countries. In other countries such as New Zealand, Australia, and other European countries, the use of Kratom is allowed, however within restrictions.

Germany sells this plant openly and also imports it by the vendors without any strict laws or regulations. However, since the year 2011, the government of this country has listed it as an unapproved pharmaceutical herb. In other countries such as Denmark, Burma, Russia, Myanmar, and the United Arab Emirates, the production as well as the use of Kratom is strictly illegal. Canada is one of the few countries that observe the legality of this herb.

Kratom And Its Legality In The United States Of America:

The laws related to the use of Kratom in the United States of America are a little complicated when compared to all other countries. The problem arises because of the presence of both the Federal as well as state-level legal systems in the US.

The United States America comprises of many enforcement agencies when compared to other countries. This creates more problems with the legality and use of kratom in the country. As of the year 2018, there are some rules and regulations regarding the use of this herb in the United States of America.

In general, the use, as well as possession of kratom, has been considered to be legal in the United States of America. However, it is equally important to note that the federal law in the country is generalized while each of the states has its own legal system. This clearly means that even though the national government hasn’t placed any ban on the use of this herb, it is not going to apply to all the states of the country.

Here is an insight into the use of kratom in the United States of America:

Kratom has been legalized in California, except in San Diego. You can buy kratom in California in any form and from any source – online or offline. If you are looking forward to buying this herb online, it is recommended to get it from kratomcrazy.com as it is one of the most reliable platforms that sell kratom online. Florida also observes the use of this herb as legal, except that in Sarasota County. You can consume kratom in any form in Illinois, however, it is not allowed to those who are not 18 years of age. Alabama has listed the use of kratom under Schedule 1 controlled substance. Similarly, Tennessee and Arkansas, too, have listed this plant as a controlled substance. The use of kratom in Indiana has been banned, however, in Wisconsin, only the primary alkaloids present in the plant have been listed under Schedule 1.

Apart from the law of the country, different enforcement agencies also keep looking at the use of kratom in the country so that the legal status of kratom is maintained and respected by one and all. The Drug Enforcement Administration has already raised important concerns about the legality of the herb in the USA. As kratom comprises of some psychoactive properties and is addictive, these bodies are planning to ban the use and marketing of this herb in the country.